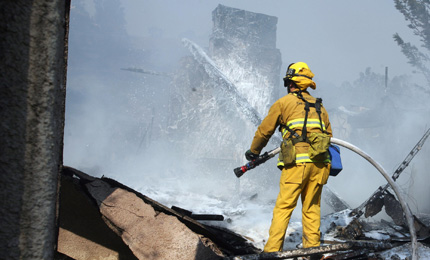 The Malibu wildfire that has ripped through homes and businesses has also claimed a large collection of Elvis Presley memorabilia.

Castle Kashan, a landmark in the star-studded down, was burned to the ground along with several dozen of Elvis’ original movie scripts. The scripts reportedly had hand-written notes in the margins.

Lilly Lawrence, the owner of the castle, said she was only able to grab his Army uniform before flames overtook the 10,500-square-foot mansion.