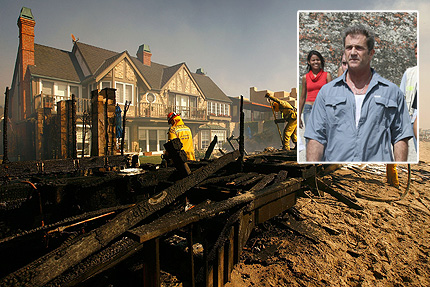 The fast-moving fire sweeping through Malibu is threatening the homes of stars from Mel Gibson to Jane Seymour.

The blaze has surrounded the star-studded community, burning brush from the hilltops to the beach. Many homes along Pacific Coast Highway have been abandoned as firefighters battle to calm the flames, which are fueled by fierce Santa Ana winds.

In January, actress Suzanne Somers lost her Malibu home when a fast-moving fire tore through houses along the beach.