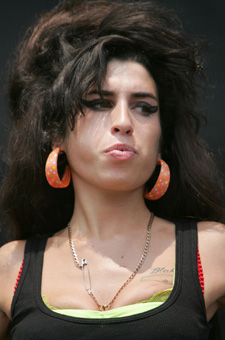 Amy Winehouse and her husband Blake Fielder-Civil were arrested for marijuana possession in Norway last night.

Police busted the newlyweds and a friend after finding the drugs in Amy’s hotel room.

They were held for about 12 hours in separate cells, then released and fined about $700.

The “Rehab” singer, 24, is in Norway as part of her European tour. She was scheduled to perform in Oslo on Saturday.

All of her U.S. appearances have been postponed until 2008 as concerns rise about her possible addiction to drugs and alcohol.