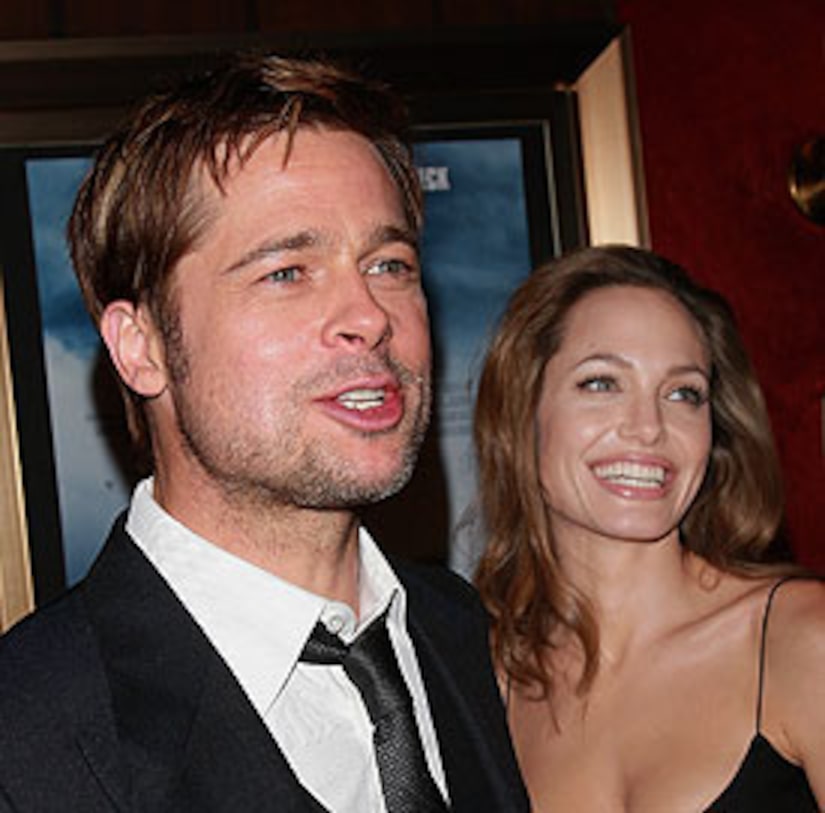 The entire world is infatuated with Brad Pitt, Angelina Jolie and their gorgeous clan – and not even New York's swanky Upper East Side is immune from being starstruck.

An official from the elite Lycée Français de New York, where Maddox, 6, goes to school, has reportedly warned stargazing parents to give Brad and Angie some breathing room!

A letter to parents has reportedly asked that they refrain from taking pictures, asking for autographs or talking to the media. Apparently, parents have gone so far as to shout at Brad and Angie to get their attention as the couple bring Maddox to and from school.

All the attention has reportedly already affected the couple's oldest son, who started class there on Sept. 4.

The New York Observer claims that Maddox got scared and started to cry when his kindergarten class was asked to bring in a picture of themselves. Apparently, he is terrified of having his picture taken.

However, Mad is reportedly a happy tot who is “always smiling.”