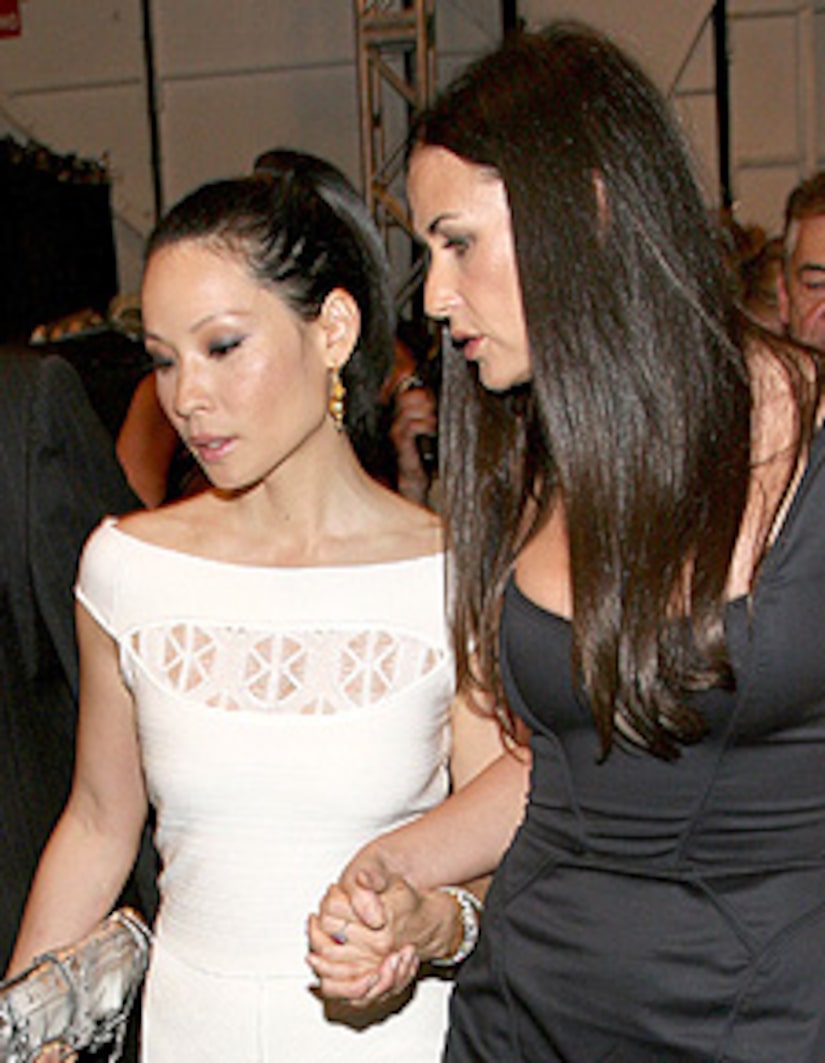 Demi Moore is giving a candid interview to U.K.'s Red Magazine, saying that Hollywood “doesn't know what to do with her” now that she's past age 40.

“It's been a challenging few years, being the age I am, with so much focus now on how I look. Almost to the point where I felt like, well, they don't know what to do with me. I'm not 20. Not 30,” she says.

She adds, “For many female actors, who turn 40, it means the end of their career, it's time to retire. There aren't that many good roles for women over 40. A lot of them don't have much substance, other than being someone's mother or wife. If we are told we are not valuable once we hit 30, it is a problem. We all have more to give. We can't just bend over and wait for something to happen. We have to say, 'I'm mad as hell and I'm not going to take it any more.'"

"Bruce is a wonderful father,” says Demi. “He's present and he's involved. It is in a very different form than the traditional, but I feel that my children have a father who is present, so they don't need someone to replace him.”

So does that mean there are more kids in the future for Demi and Ashton?

"Once you hit three [children] and you're outnumbered, it's really like, 'What's the difference between three or four or five?'" she says.