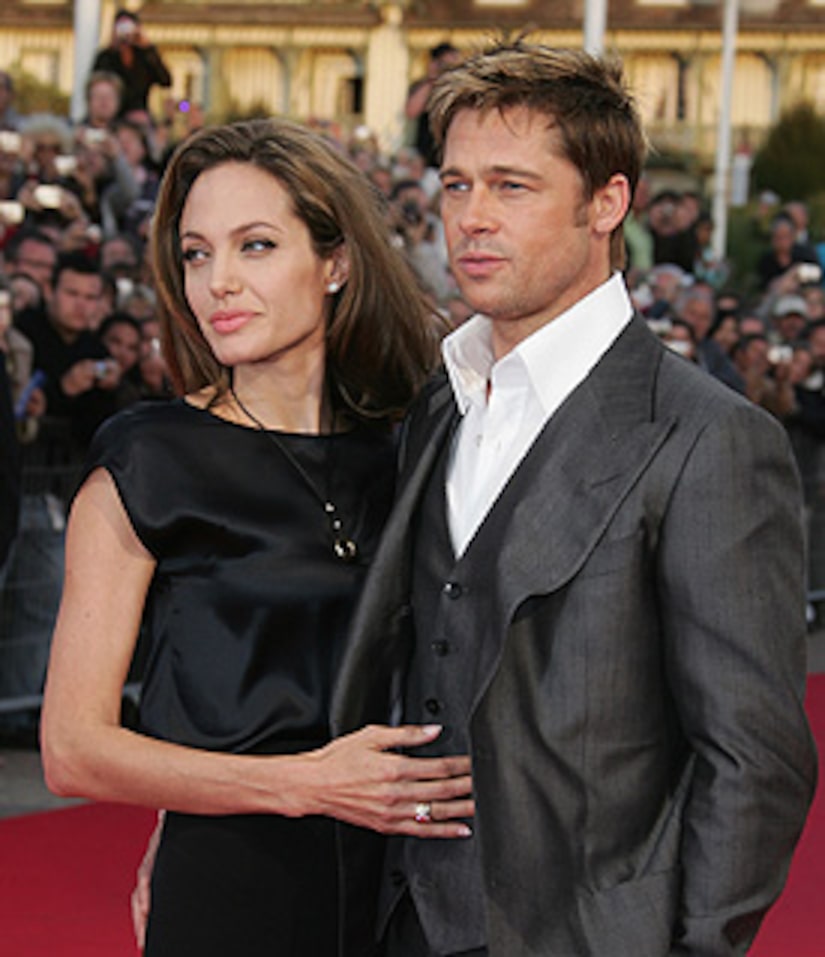 Brad Pitt had a run-in with an overzealous fan in Venice, Italy this weekend.

A woman lunged for the superstar at the Venice Film Festival, only to get lugged away by security.

Brad laughed it off, saying, “You get this incredible radar that develops to why people are approaching you. Those rare instances you can avoid – until they break into your house.”

Brad is making the rounds promoting his new film, “The Assassination of Jesse James by the Coward Robert Ford.”

Brad and Angelina strolled the red carpet at the film's European premiere, with Angelina's numerous tattoos peaking through her black dress.

Brad and Angelina's European invasion began when the two arrived in France this weekend with all four kids in tow.

Reports say the couple actually faked out paparazzi before their big arrival at the glamorous Hotel Royal Barriere in Deauville.

First they snuck inside a side door to freshen up, then hopped in another car to drive around the block where they made their grand entrance!

As he spoke with reports, Brad revealed that fatherhood has been one of the most challenging things he's ever faced – but he's ready for more.

“I love it, and I can't recommend it more highly,” he said, adding that he and Angelina are ready for their fifth child!

The woman he was smooching is 28-year-old model Sarah Larson, the same beauty he was spotted yachting with last month.