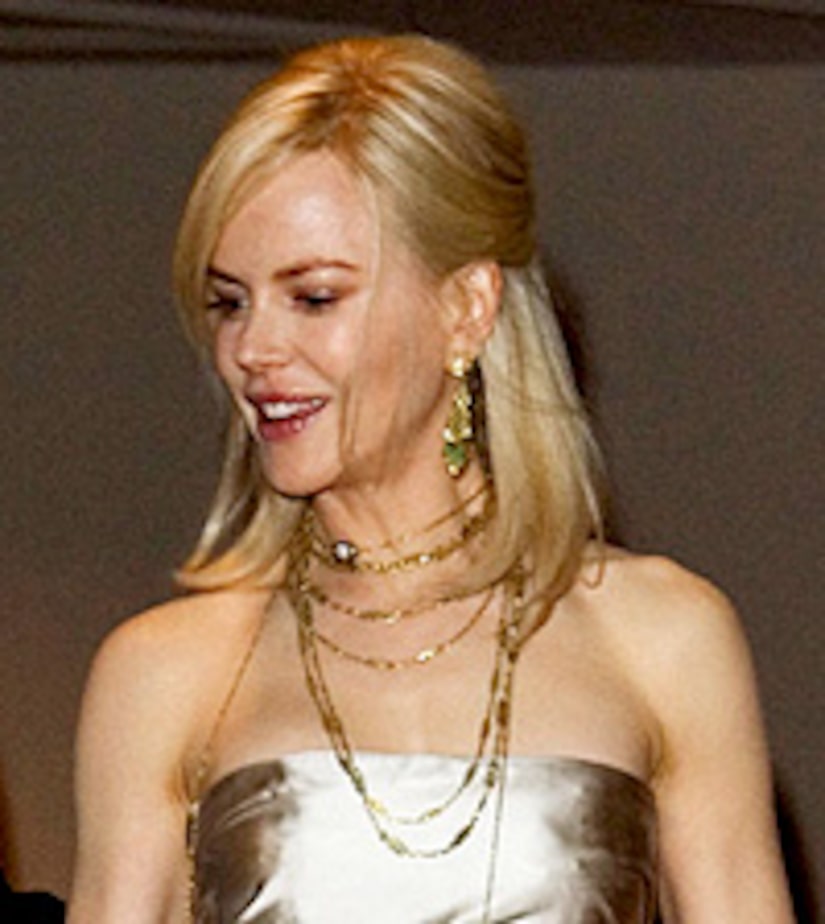 Nicole Kidman is saving lives in her new flick “The Invasion,” but did the actress save co-star Hugh Jackman's life while shooting the upcoming movie “Australia?”

Rumors have been swirling that the two were shooting a scene down under when a scorpion crawled close to Hugh while the two cuddled in a sleeping bag.

Reports say Nicole was able to scoop up deadly pest in her hat before it had the chance to get Hugh!

But the Oscar-winning actress is telling “Extra” the buzz is bogus.

“I don't think we even have scorpions here,” laughs Nicole. “It's quite good to be able to do these interviews and say what's definitely untrue. You get to set the record straight. Yes, no scorpions.”