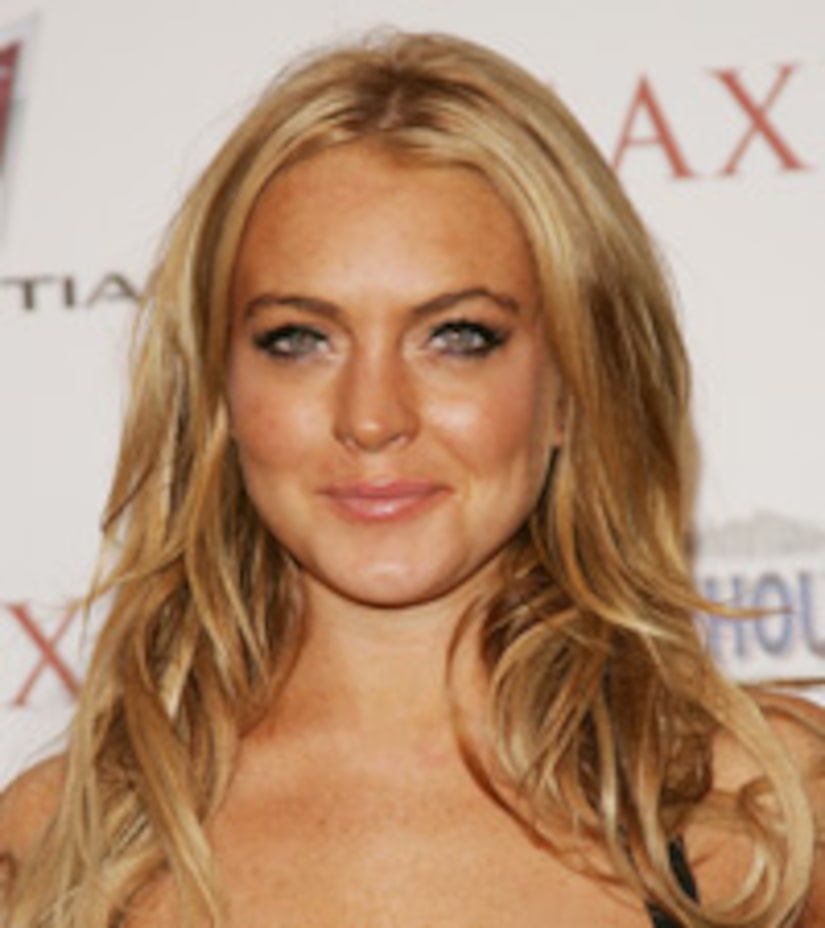 Lindsay Lohan's new Elle Magazine cover is about to hit stands, but it's not her glamorous pictures that are making headlines.

It's Lindsay's ironic insistence, pre-arrest, that she would never drink and drive.

In the issue, on stands August 7, Lindsay says, “They're (the paparazzi) looking for me to, like, trip, so they can be like, 'Oh, Lindsay's wasted and driving drunk.' And that's not it. I wouldn't violate... I'm much more responsible than that. I would not do that."

Just hours later, Lindsay was arrested for her first DUI over Memorial Day weekend, which was followed by a quick trip to rehab, another DUI arrest and charges of drug possession.

And there's another photo shoot shocker – representatives from Elle tell “Extra” that Lindsay took hundreds of dollars worth of Louis Vuitton clothing from the photo shoot, ruining her chances of being the new face of Louis Vuitton.