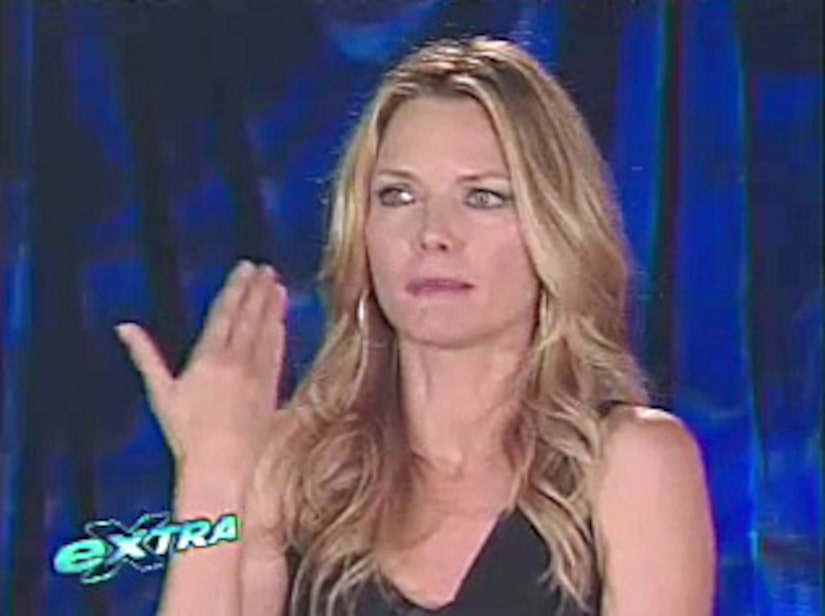 She is a stunning actress with youthful beauty, and 49-year-old Michelle Pfeiffer is sitting down with “Extra” to get surprisingly candid about age in Hollywood.

Michelle plays an aging witch searching for eternal youth in the new movie “Stardust,” which she claimed is a quest she can relate to.

“You know, I think as you get older, the more obsessed you become,” the graceful beauty admitted.

She also said women everywhere, even outside of Hollywood, face the pressure to stay young.

“The unrealistic standards of beauty, whether they're body types, the way women look, the airbrushed image we see on magazines, mine included,” cause an image problem among women, she said.

That's right – even the flawless actress says she's airbrushed, and despite the appearance of perfection, she feels just as insecure about her looks as many women do.

“Did I say, 'Don't airbrush that wrinkle out?' Are you kidding me? You think I'm nuts, but you know, I'm the first to admit what it is!” she revealed.

Michelle said airbrushing isn't everything most folks think it is. It's meant to cover imperfections, but oftentimes it can bring up old insecurities.

She told “Extra” that years ago, one botched airbrush cover left her in tears.

“They lopped off my chin. I knew I had some acne; they were going to fix that. But they did all kinds of things to my face, and I was really upset about it,” she admitted.