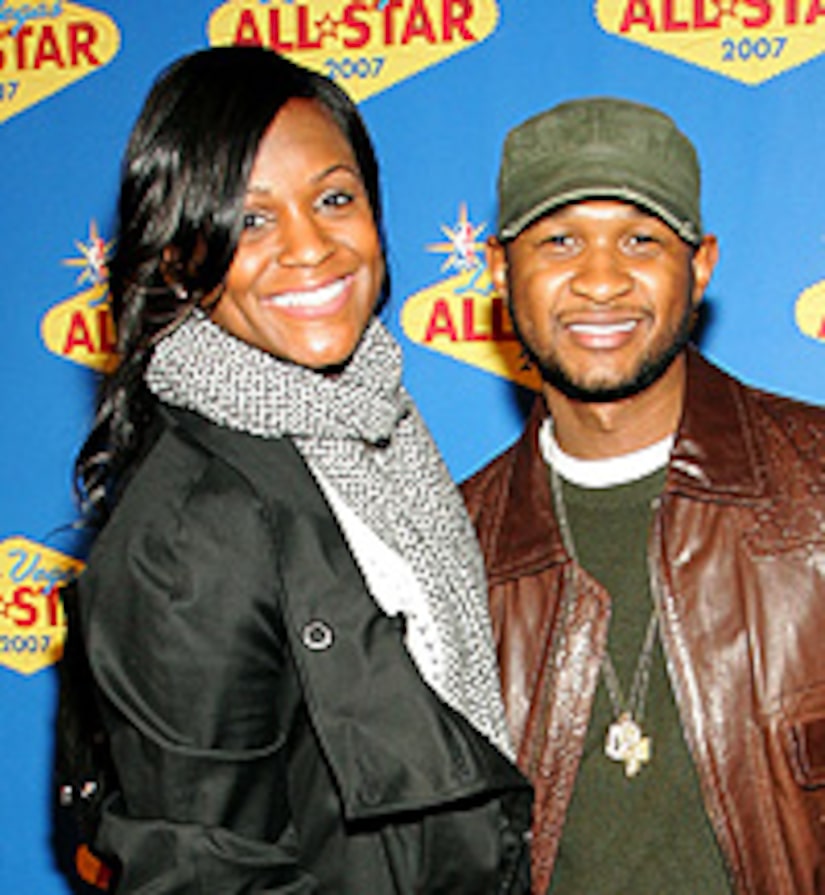 There were no wedding bells for singer Usher and girlfriend Tameka Foster over the weekend.

The couple canceled their wedding mere hours before the ceremony was supposed to take place at music mogul L.A. Reid's New York estate on Saturday!

Usher's publicist Patti Webster issued the following statement on Saturday: "It was announced today that the wedding ceremony for Usher Raymond IV and Tameka Foster was canceled. No additional information will be given regarding the circumstances of the cancellation, but we hope the privacy of this matter will be respected."

Nearly 100 guests, including stars like Beyoncé, Jay-Z and Janet Jackson, were told at the last minute there would be no wedding.

Tameka, 37 and Usher, 28, decided only weeks ago to tie the knot before the stylist, who is pregnant with the singer's baby, started showing a bump.

A source told People that Usher's mother Jonetta Patton was against the marriage, and that was one of the main obstacles.

But another source revealed that Usher simply changed his mind.

Usher's publicist did not specify whether the couple is still engaged or even remain together.