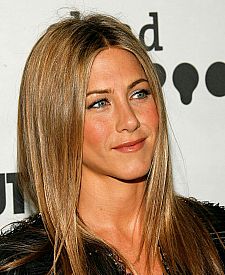 “Extra” spotted Jennifer Aniston dining at NYC eatery Nobu this weekend, but it was not with her beau Paul Sculfor.

Us Magazine is reporting that the actress was actually dining with longtime friend Chris McMillan and some pals.

So does that mean that Jen and her British model man have called it quits?

Not exactly. People says the couple is still going strong.

In fact, the couple even went shopping at a children's store and bought several blue teddy bears!

But there aren't any babies on the way -- the shopping trip was just for a friend.