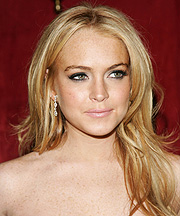 The movie, which was supposed to star Shirley MacLaine, was to begin shooting just before Lindsay entered rehab in May, but it was put on hold while she completed treatment.

Now that it’s officially been canceled, rumors are flying it’s because executives couldn’t risk losing the movie over her fast-and-furious lifestyle.

The New York Post says it was Lindsay’s trip to Las Vegas last weekend that sealed the deal, because it appeared that rehab didn’t rub off on the troubled starlet.

But TMZ.com insists it was money issues – and not alcohol issues – that caused the film’s demise, saying that “Poor Things” simply went over budget and had to be shut down.