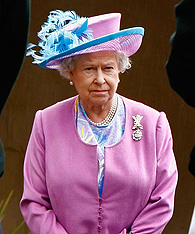 Did a famed celebrity photographer leave the queen in a royal flush?

Rumors are swirling that Britain’s Queen Elizabeth was extremely upset after photographer Annie Leibovitz breached royal etiquette by asking the queen to remove her crown.

But the BBC is now reporting the queen did not leave the photo session in a huff. The much talked about shot was taken before the photo shoot began.