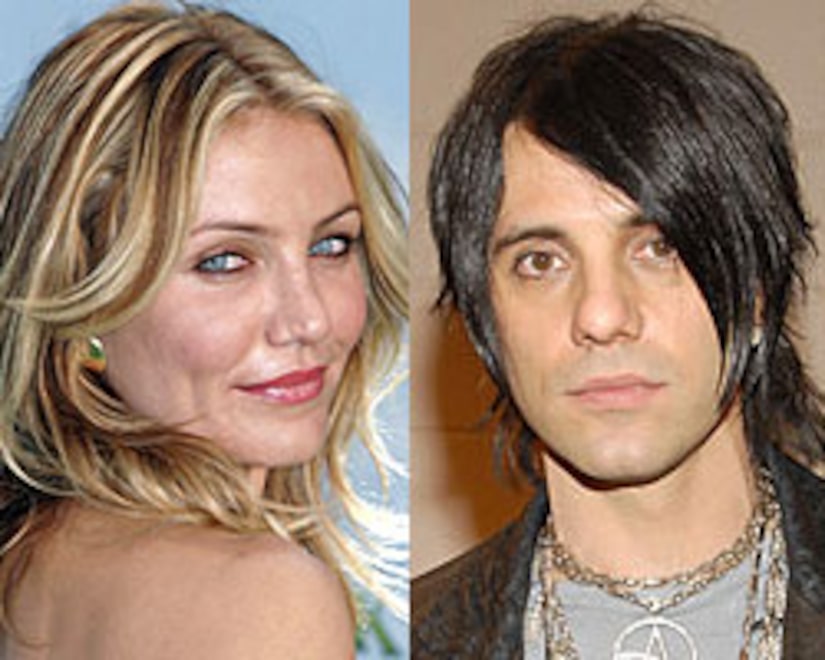 Cameron Diaz is cast in the center of a real-life divorce drama!

Married “Mindfreak” star Criss Angel has denied a romance with Cameron, even though the two were spotted just weeks ago looking very cozy in Las Vegas.

But now, in new divorce papers obtained by “Extra,” Criss' estranged wife of five years Joanne Saranktakos is claiming Criss had an affair and left her for Cameron!

Joanne is accusing Criss of mental cruelty and abandonment, and her lawyer says that court papers “are naming Cameron Diaz as his lover.” They're even planning on subpoenaing Cameron!

But Cameron denies any part in breaking up their marriage, insisting that when they became a couple Criss had already been separated from his wife.

“Cameron and Criss went on only four dates over a month ago and have no current relationship," said Cameron's rep.

Criss (real name: Christopher Sarantankos), 39, and Cameron, 34, had been seen together in Las Vegas in May but denied they were an item.

When “Extra” pushed Criss to define their relationship, he said, “Cameron is an amazing person. I'm really honored to call her my friend.”

A hearing for Criss and Joanne's divorce is reportedly set for Sept. 19.