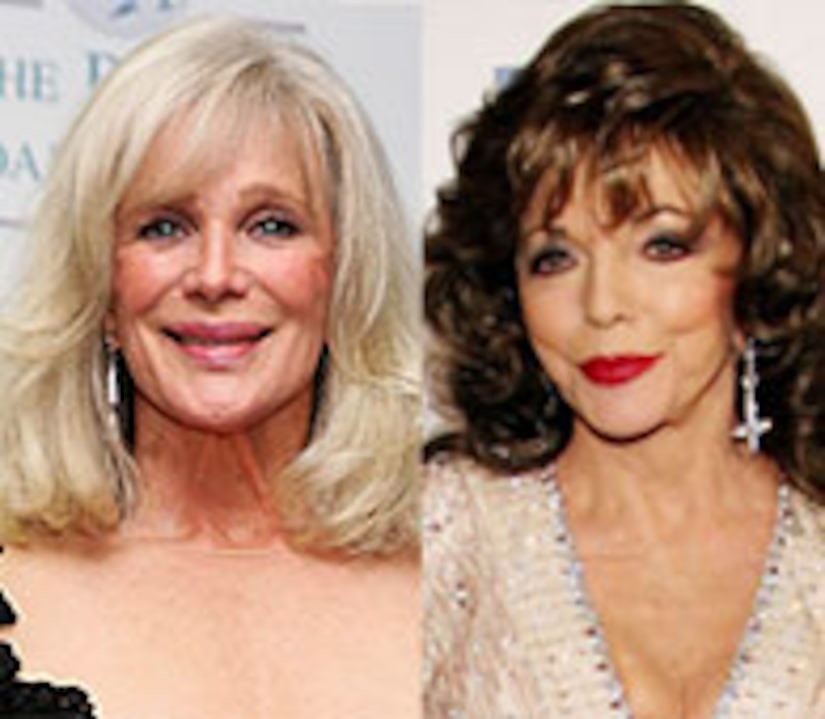 They were “Dynasty's” biggest divas – legendary for their catfights – but do Joan Collins and Linda Evans have their claws out for real?

Joan is setting the record straight, telling “Extra” that new reports that Linda injured her onstage during their stage-show “Legends” are absolutely false!

Rumors went flying after Joan, 73, walked off the stage with a bruised hand and knee.

But Joan says there was no fight – just an old-fashioned accident!

For almost 10 years, Collins and Evans, 64, squared off on “Dynasty,” pulling at each other's hair and slapping each other at a moment's notice.

James Kirkwood's play “Legends” portrays faded stars who have hated each other for years, but are forced to work together if they are to have a comeback!