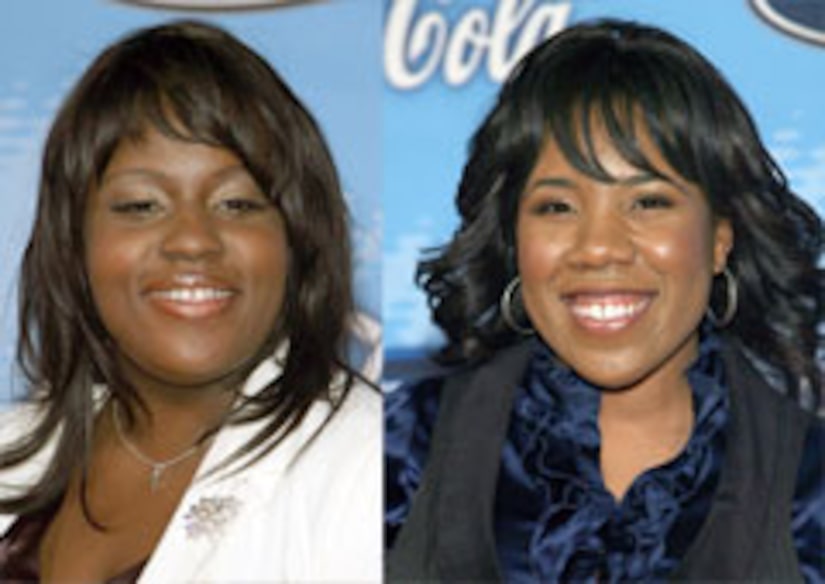 Lakisha and Melinda are the dynamic duo battling it out to become the next “American Idol.”

While Michigan native Lakisha brought down the “Idol” house, southern girl Melinda brought Paula to tears Tuesday night, and now “Extra” is uncovering blasts from the past of “A.I.'s” dueling divas.

“Extra” obtained footage of a shorter-haired Lakisha's “Dreamgirl” performance in Houston two years ago on KPRC-TV's “Gimme the Mic” competition.

We also uncovered a home video of Melinda performing when she went to Union High School in Tulsa, Oklahoma.

On Tuesday night, Melinda and her sore feet got caught up in an all-new Simon-Ryan split, in which the famous judge and “Idol” host both brought out their boxing gloves.

After Ryan Seacrest asked Judge Dread if he had any advice on high heels, Simon responded with, “You should know, Ryan!”

Seacrest shot back, saying, “Stay out of my closet,” to which Simon said, “Come out!”

But on Wednesday morning, Ryan skirted the issue on his radio show.

“My grandmother, 83 years old, is sitting in the audience trying to figure out what just happened,” Ryan dished. “'Why is Simon in your closet borrowing clothes,' she asked me after the show.”

While Simon and Ryan shared a tense moment, Mr. Mean did show his softer side on Tuesday night's show.

After Haley Scarnato performed, Simon ate his words from last week and told her, “To give you credit, Haley, I think we will remember you. You may do better than I thought you were going to do.”

Tune into “American Idol” to see if Haley will be around for another week and to see Diana Ross perform Wednesday night on FOX!