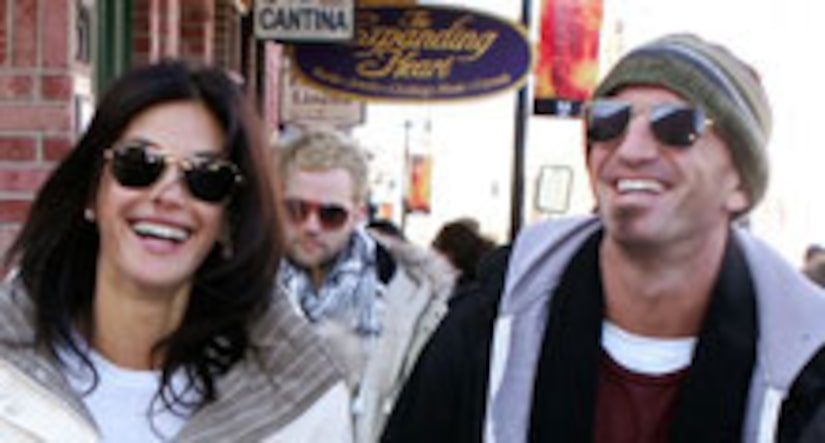 The Sundance Film Festival is nothing short of a winter wonderland for “Desperate Housewives” star Teri Hatcher.

Teri and her new beau, film director Stephen Kay, stepped out together at the annual film fest in Park City, Utah, where Teri glowed over her newfound love.

“I am so happy; it is different,” Teri gushed to “Extra's” Jerry Penacoli.

“We were really bad last night,” she admitted. “When it was late and dark, we went up, climbed up there, you know, when they plow and it's all pretty for the next day? Well, this morning there's probably a bunch of footprints and somebody's going, 'Who did that?' That was me!”

Teri took on Sundance to premiere the upcoming Showtime boxing drama, “Resurrecting the Champ,” in which she plays a powerful cable TV executive.

Also starring in the movie is the sexy Josh Hartnett and Samuel L. Jackson.

“I just thought Josh did such a great job and Sam. Everybody was really wonderful,” Teri dished.

The beautiful brunette also said it was wonderful breaking away for a bit from her “Desperate Housewives” TV character, Susan.

“That was good to get in the skin of somebody else,” she revealed. “It's nice because it's not Susan… at all.”

Still, we found ourselves surrounded by avid Teri Hatcher fans, who just like us, can't get enough of the lovable leading lady!

Click on an image below to see the Sundance photo gallery!