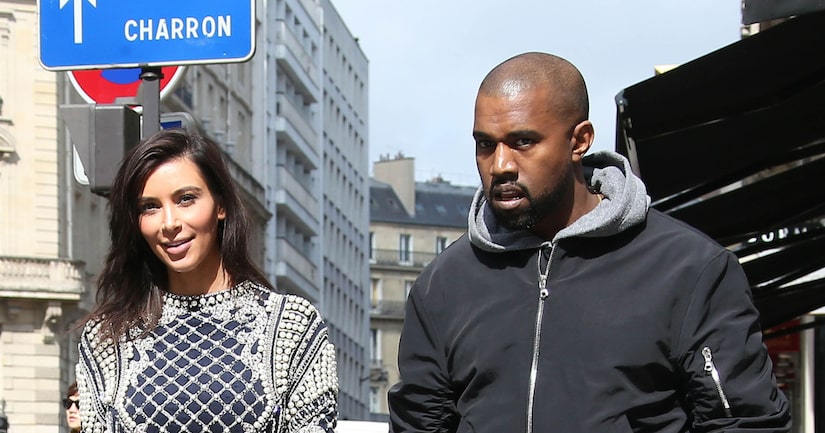 Why have one wedding when you can have three? Kim Kardashian and Kanye West are reportedly saying “I do” in three separate ceremonies in May.

RadarOnline.com says Kimye will wed in two ceremonies in France and in a civil ceremony in California.

On advice from their lawyers, the US civil ceremony will reportedly take place first to ensure the nuptials are legal. An insider explained, “Typically, the US recognizes citizens getting married in France, but dealing with a foreign government and paperwork could be a nightmare. So just to make sure it's legal, Kim and Kanye will first be having a civil ceremony in Southern California.”

Next, the couple will travel to France for their dream wedding in Paris on May 24, but French law dictates that there also be a civil ceremony before the lavish religious one.

The French Embassy in Washington D.C. confirmed, “A religious ceremony has to be performed after a civil ceremony, never before. The minister, priest or rabbi will require a certificate of civil marriage before any religious ceremony takes place.”

There's another snag to the nuptials. According to various statutes in France, at least one of the parties is required to have resided in the country for at least 40 days prior to the wedding.

The French Embassy stated, “The mayor can authorize the deputy mayor or a city councilor to perform the ceremony in the town in which one of the parties to be married has resided for at least 40 days preceding the marriage. These requirements cannot be waived.”

A Kardashian source said, “Kim and Kanye were unaware until recently that France required a residency requirement prior to marriage. Kanye has an apartment in Paris, but he doesn't live there full-time.”

One hopes they'll figure out all the legal details, but where will the main event take place?

Although the venue has not been officially announced, Kim was spotted checking out the 17th-century, Louis XIV-commissioned Chateau de Louveciennes with designer Olivier Rousteing.

Another source told Radar, “Kim will have at least three dress changes on the big ceremony day in France. It will be over the top. Kim and Kanye want it to be the wedding of the century.”

No word yet on whether any of the ceremonies will be televised.