“Extra’s” Mark Wright sat down with Clint Eastwood as he promoted his new film “The 15:17 to Paris," based on the 2015 attack on a Thalys train en route from Amsterdam to Paris that was thwarted by three American tourists and four others on board.

Director Eastwood cast real-life American heroes Alek Skarlatos, Spencer Stone and Anthony Sadler to play themselves in the movie. He said, “It was an idea that crossed my mind early in the game.”

When Mark raved about their performances, Clint explained, “Good acting is just letting it go.” 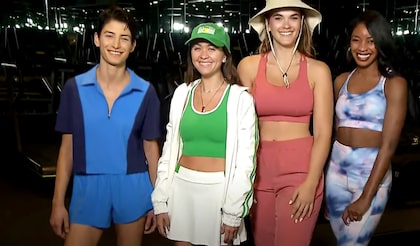