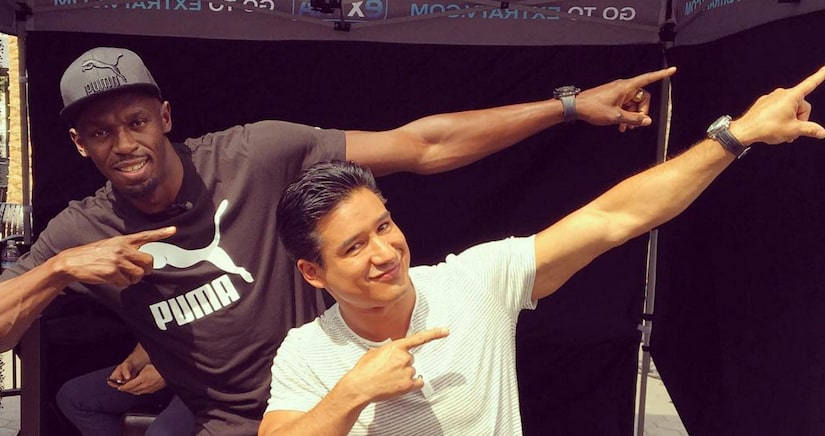 Olympic gold medalist Usain Bolt may be retiring from running, but the fastest man in the world could compete for another trophy. Bolt joined “Extra's” Mario Lopez at Universal Studios Hollywood to promote his new collection with Puma, while also revealing he would love a chance to be on “Dancing with the Stars.”

Usain said he considers himself a pretty good dancer. “I always wondered if I really could do it, it is something that excites me… Something that I would definitely want to try.”

Usain, who picked up his ninth Olympic gold medal in Rio, is entering his last year of competition, and begins training again in November. What's next? Not pro football as some have suggested, but maybe soccer. “Soccer for sure I would love to try and play. I'm a big fan of Manchester United, even if for one game… NFL, not so much.”

Bolt also said he is not quite ready to talk marriage with girlfriend Kasi Bennett. “I just got actually serious with my girlfriend… It's been a while, but take my time seeing where it's going… I try to enjoy my life as much as possible.”

Reflecting on his time in Rio, he said, “The energy that the people brought from Rio was out of this world, it is just a different energy, when you go in and know it is the last one you have to win to get the level you want to be. It's exciting but nerve wracking also.”