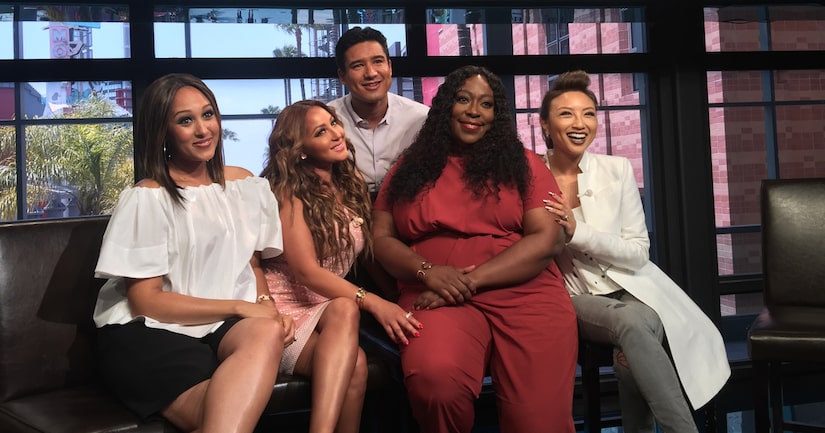 When asked about Tamar not being there for Season 3, Loni said, “First of all, we want to let all of our fans know that we love them and we were totally taken by surprise when we found out that Tamar wouldn't be returning to 'The Real.' We love her.” Mario noted that the ladies all seemed to get along when he was around them, and they all agreed. Tamera added, “We will miss her dearly.”

The hosts are not only gearing up for next season, they are also participating in the 2016 ESSENCE Festival. Love explained, “We are going down to New Orleans, July 1. We are having a real live show on the ESSENCE main stage [in the Convention Center] — it's free, anybody can come. We're gonna have some live girl chat. We're gonna be doing everything we can to give and show love to our fans.”

The women will also host a day party during the festival at the Sugar Mill on Sunday, July 3. Adrienne told Mario, “We are having a white party, which I'm so excited about!”

Tune in to “The Real” when it returns for Season 3 on September 12.