“Extra’s” Terri Seymour sat down with Bryce Dallas Howard as she promoted her new film "Rocketman.”

In the movie, Bryce portrays Elton John’s mother, but she hadn’t met the music icon until recently. How did she prep for the role? Along with speaking to a psychiatrist friend to get her into the right mindset, she said, “I talked to a lot of people who knew her independently of production and I spoke to them on a confidential basis.”

While it was a “delicious” role for her, Bryce admitted that some scenes were very tough to shoot. She commented, “When it gets to scenes that are very real, and you know that these are real words that were spoken and you’re looking into the eyes of someone who is really taking it, like Taron [Egerton] was… those are painful things to recreate.”

Shop the Latest Deals with this Week’s Joyus Boutique!

Why Doja Cat Wants to Be ‘More Choosy’ with Future Collaborations

Why Storm Reid Chopped Off Her Hair for the Met Gala

Those Skin-Baring Moments at the VMAs, and What to Expect at Tonight’s Met Gala

Why Ed Sheeran Is Happy for Britney Spears 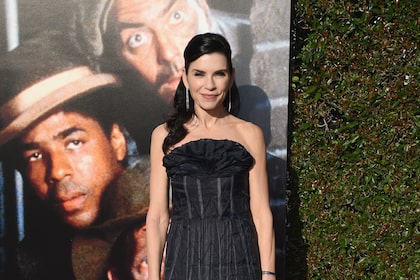