Anthony Mackie and Sebastian Stan are opening up to “Extra’s” Cheslie Kryst about their new miniseries, “The Falcon and the Winter Soldier.”

Anthony told her, “I think it is going to change the game” in terms of television, and Sebastian confirmed, “You will definitely see some surprise appearances.”

Cheslie also asked about rumors Sebastian could play Luke Skywalker in a new “Star Wars” project. He joked, “In the words of Chris Evans: ‘News to me,’” adding, “It would be such an honor to even be considered.”

Anthony told him, “I have faith in you. You would make a great Luke Skywalker,” teasing, “If you’re Luke Skywalker, that means I’m going to be Lando!”

“The Falcon and the Winter Soldier” premieres March 19 on Disney+. 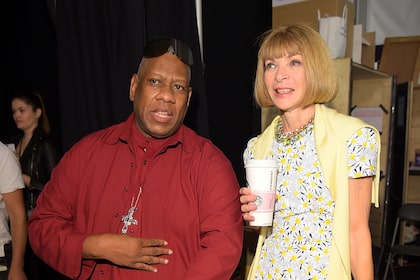