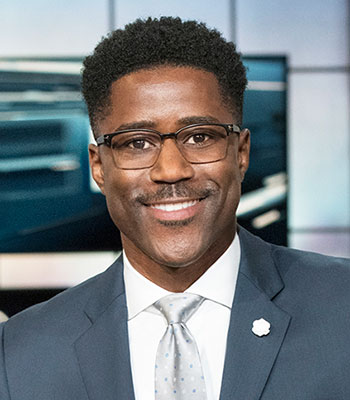 Burleson played 11 years in the NFL as a wide receiver. In 2003, he was drafted in the third round by the Minnesota Vikings. During his time with the team, Burleson became the only player in NFL history to have three punt returns of 90 or more yards.

He graduated from the University of Reno, Nevada, where he was an impact player for the Nevada Wolf Pack, and began his television career in 2014 after retiring from the NFL.

A native of Calgary, Alberta, Canada, Burleson resides in New Jersey with his wife, Atoya, and three children, Nathaniel, Nehemiah and Mia Pearl.