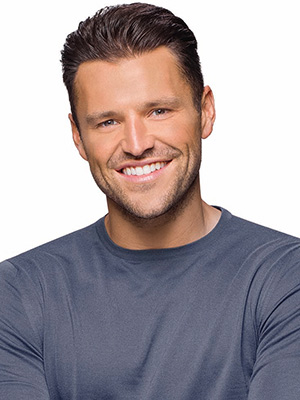 Mark Wright, who joined "Extra" as a correspondent for the 24th season, will continue interviewing all the hottest celebrities and covering events in Hollywood alongside co-hosts Mario Lopez, Tanika Ray, Renee Bargh and New York co-host AJ Calloway.

Wright is a British TV personality and radio show host who boasts millions of followers on social media. He is best known as one of the stars of "The Only Way Is Essex." Since Wright left the show in 2012, he has had an impressive hosting career in the UK, including "Take Me Out: The Gossip," "Surprise Surprise," "The Dengineers," "All Back to Essex" and the soccer show "Match of the Day."

Mark also made it to the final on "Strictly Come Dancing" and appeared on Season 11 of "I'm a Celebrity... Get Me Out of Here!" where he was the runner-up. Wright has hosted a radio show for the wildly popular Heart FM, the biggest commercial radio station in the UK, and one of the biggest in world. He is an accomplished DJ and has played for sold-out crowds in Ibiza, Mallorca and London including 20,000 people at the O2 Arena.

Before making it big on television Mark was a professional soccer player, playing with Tottenham Hotspur as a young boy. Mark is married to British actress Michelle Keegan and is looking forward to his new adventure in the United States.
Now Trending