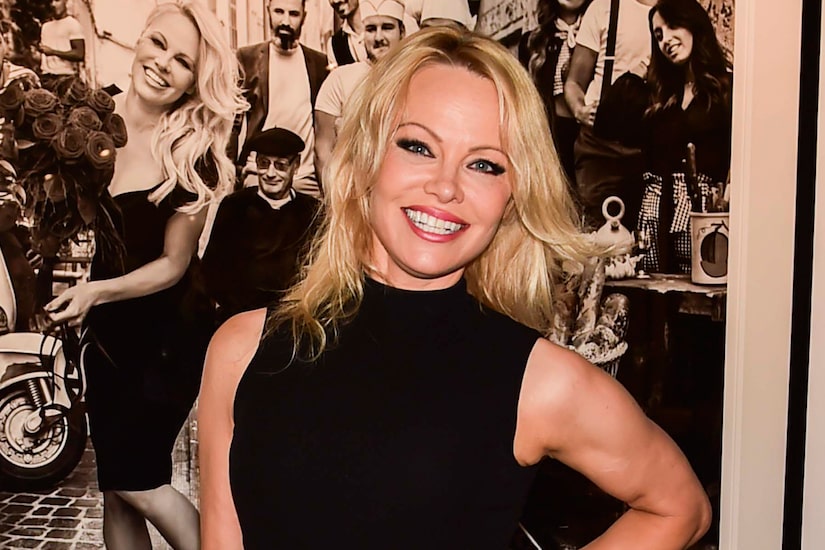 “Baywatch” icon Pamela Anderson is opening up on her past traumas in a new interview with “CBS Sunday Morning.”

In 1995, Pamela became a target of the tabloids when her infamous sex tape with ex-husband Tommy Lee was made public after being stolen from their home.

Calling the tape “very hurtful,” Pamela admitted, “I’ve not seen it to this day.”

When asked what she wants people to know about the tape, she told Jim Axelrod at her Vancouver Island home, “That it was stolen property, that it was two crazy, naked people in love. I mean, we were naked all the time and filming each other and being silly, but those tapes were not meant for anybody else to see.”

EXCLUSIVE: @pamelaanderson, who is sharing her story in an upcoming memoir, “Love, Pamela,” and companion Netflix documentary, is opening up to @jimaxelrod about the notorious sex tape and the leak she calls “hurtful,” this Sunday. pic.twitter.com/hBfoVyFffO

Anderson credited motherhood with helping her through the media frenzy. She commented, “I was a mother. That saved me. You know, if I wasn’t a mom, I don’t think I would’ve survived.”

Decades before the sex tape, Anderson experienced childhood trauma at the hands of her father and babysitter.

During the interview, Pamela recalled the one time that her father allegedly drowned her kittens and held her mother’s head to the stove. She noted, “These were pivotal moments for me.”

Anderson is opening up on her dark past in her new book “Love, Pamela” and Netflix documentary “Pamela, A Love Story.” She emphasized, “The whole point is not keeping those secrets, or those things, buried.”

Pamela also explained why she decided to move away from Hollywood and back to her roots in Vancouver.

She shared, “I feel like I’ve left here, did something crazy, and came back in one piece. Like I said, I don’t know what I’m capable of. I still don’t know, but I think that was the beginning… all the rest of it, it’s, you know, behind me. I feel like I’m in a really good place.”

Just days ago, a trailer for “Pamela, A Love Story” was released. 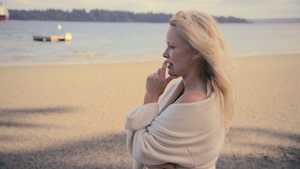 In the documentary, Anderson shares her take about the commotion about her sex tape, which was the focus of the recent Hulu show “Pam & Tommy.”

In a voice-over, Pam says, “I blocked that stolen tape out of my life in order to survive. Now that it’s all coming up again, I feel sick.”