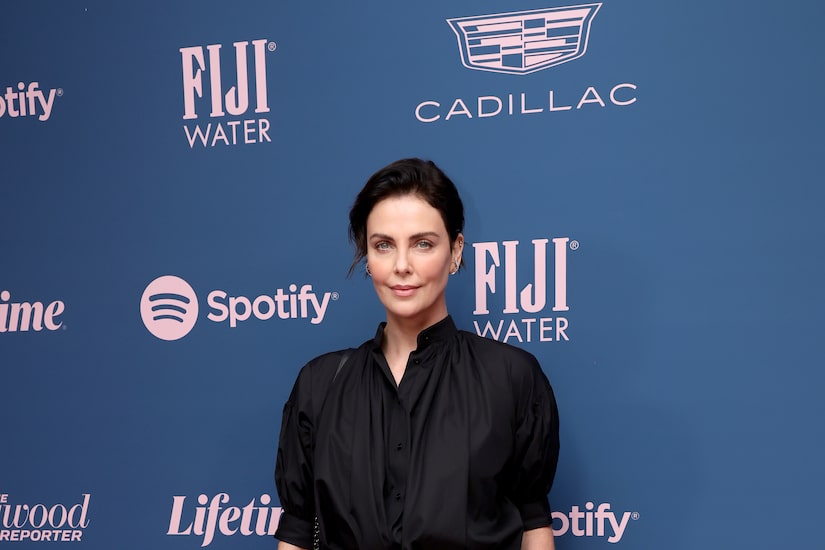 On Wednesday, Charlize Theron was honored with the Sherry Lansing Leadership Award at The Hollywood Reporter’s annual Women in Entertainment gala in Los Angeles.

“Extra’s” Terri Seymour spoke with Theron, who joked about her daughters’ reaction to her THR honor and discussed the values she hopes to instill in them!

When asked how her kids feel about her award, Charlize commented, “They just of this as work… I don’t think any of this makes sense to them like they just don’t… That’s great and I really love that.”

As for the values she’s trying to instill in her girls, Charlize stressed the importance of having a strong backbone.

Charlize also opened up about how her mother inspired her growing up and revealed the best career advice she’s received.

Raving about her mom, Charlize said, “I had such a great example of a woman who woke up at the, you know, crack of dawn and went and ran a road construction business when no woman was doing that in South Africa. If I didn’t do something with my life, I would have been waste to humanity, just purely being bred and raised by that trailblazer.”

Charlize credited the “blunt” Frances McDormand with giving her the best career advice, telling her, “Don’t take any sh*t.”

She added, “Those women have always, I guess, energized me.”

Charlize made sure to show some love to one of her “biggest mentors,” Sherry Lansing, too, saying, “I am here today because of women like her.” 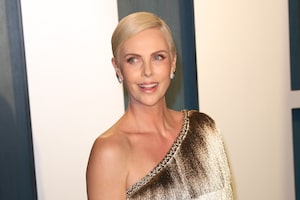 How Charlize Theron’s Kids Prank Her During Zoom Meetings (Exclusive) 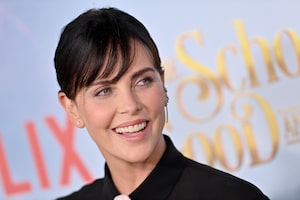 Charlize Theron on Why Her Kids Are Embarrassed by Her (Exclusive) 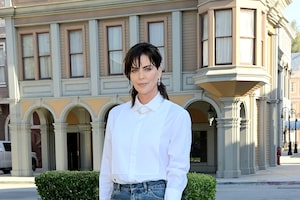