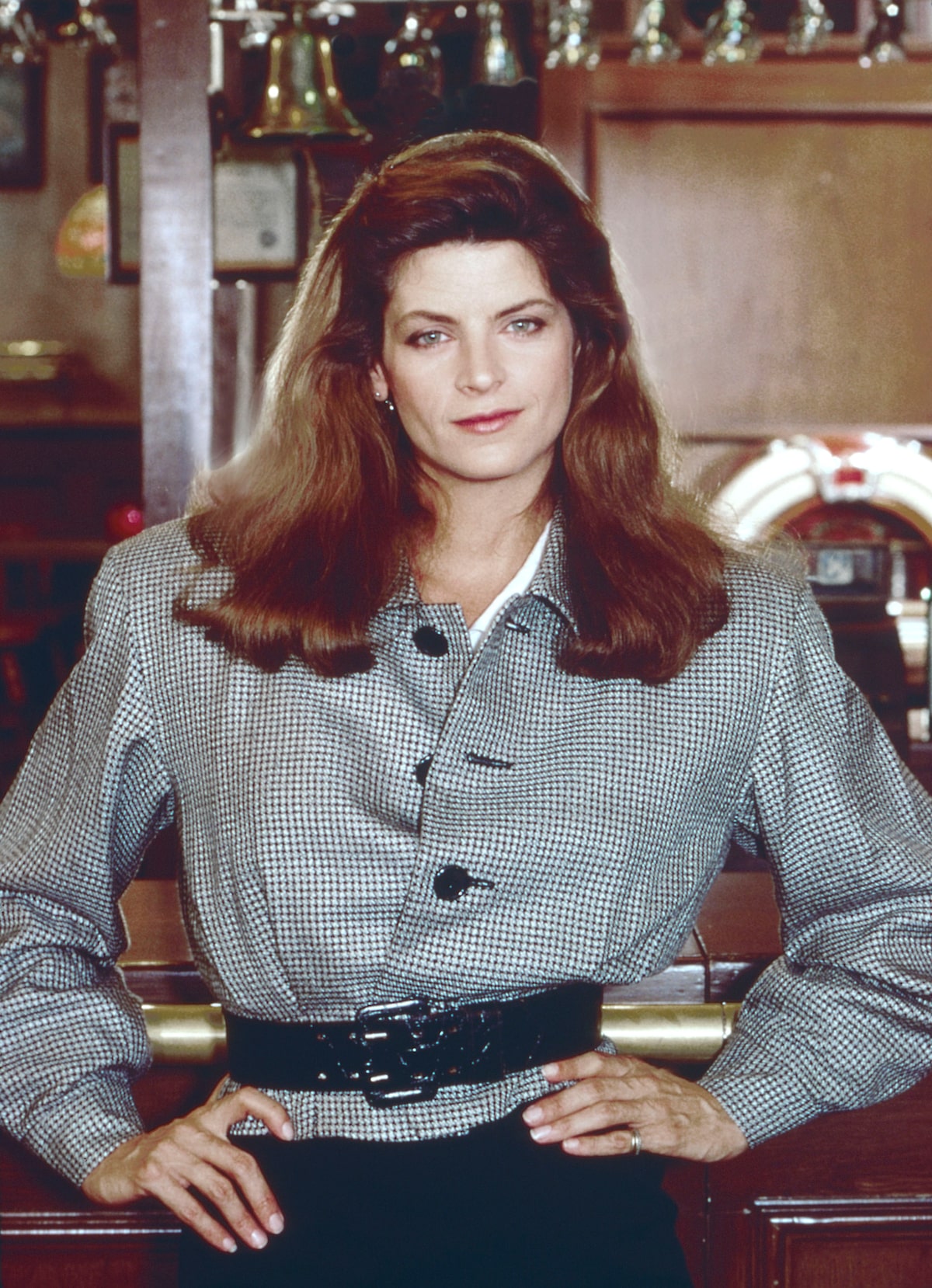 Emmy-winning actress Kirstie Alley has died at the age of 71.

Alley lost a battle with colon cancer, her rep confirmed to People magazine.

In a statement on Twitter, her children True and Lillie wrote, “To all our friends, far and wide around the world… We are sad to inform you that our incredible, fierce and loving mother has passed away after a battle with cancer, only recently discovered.”

“She was surrounded by her closest family and fought with great strength, leaving us with a certainty of her never-ending joy of living and whatever adventures lie ahead,” the statement went on. “As iconic as she was on screen, she was an even more amazing mother and grandmother.”

Showing their appreciation for the medical team, the statement said, “We are grateful to the incredible team of doctors and nurses at the Moffitt Cancer Center for their care.”

“Our mother’s zest and passion for life, her children, grandchildren and her many animals, not to mention her eternal joy of creating, were unparalleled and leave us inspired to live life to the fullest just as she did. We thank you for your love and prayers and ask that you respect our privacy at this difficult time.” 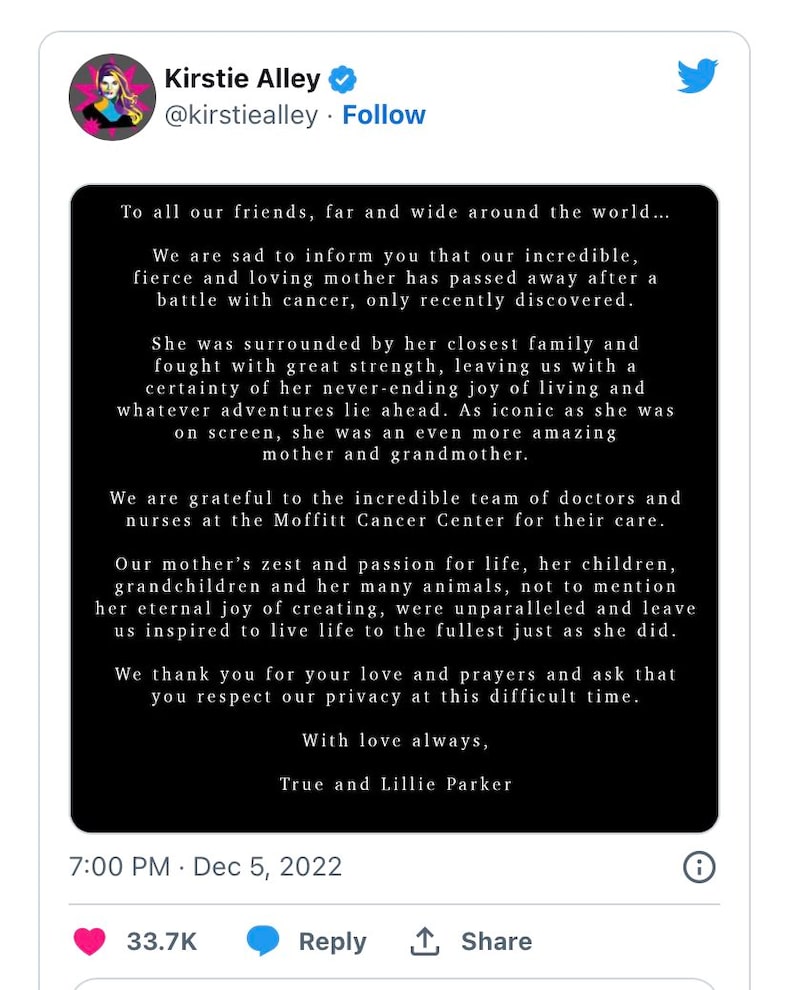 After hearing the sad news, John Travolta paid tribute to Kirstie, writing on Instagram, “Kirstie was one of the most special relationships I've ever had. I love you Kirstie. I know we will see each other again."

Alley's "Scream Queens" co-star Jamie Lee Curtis wrote on Instagram, "I've just heard the sad news that Kirstie Alley has died. She was a great comic foil in @tvscreamqueens and a beautiful mama bear in her very real life. She helped me buy onesies for my family that year for Christmas. We agreed to disagree about some things but had a mutual respect and connection. Sad news."

Born January 12, 1951, in Wichita, Kansas, she relocated to L.A. in the late '70s to pursue her acting career. Once there, she made an infamously snarky appearance as a contestant on "Match Game," interacting with regulars like Betty White, Brett Somers Charles Nelson Reilly. Interestingly, one of the celebs on the show at the time was Jamie Lee Curtis.

One of her biggest early roles was playing Gloria Steinem during her Playboy phase in the TV movie "A Bunny's Tale." She was also in both parts of the blockbuster miniseries "North & South" (1985 & 1986).

From 1987-1993, Alley rose to fame with her role as Rebecca Howe on 148 episodes “Cheers" after original lead Shelley Long left.

In 1991, she won a Golden Globe and Emmy for her work on on the show. She would win another Emmy in 1994 for her portrayal of Sally Goodson in “David’s Mother.”

Other film work included the "Look Who's Talking" series (1989-1993) with fellow Scientologist Travolta, as well as "Village of the Damned" (1995) with Christopher Reeve and the 1999 beauty-pageant black comedy "Drop Dead Gorgeous" (1999).

Alley — who was outspoken politically on social media — was memorialized by many industry figures:

Whether you agreed with her or not, Kirstie Alley was an undeniable talent who brought joy to many – through the screen and with her warm, hilarious spirit.

RIP, luv. You were one of a kind. https://t.co/czHvkjVpMw

I just head the news about #KirstieAlley. I’ve not spoke w/ her forever, but have her to thank for launching my career. She told me I was funny every single day on Veronica’s Closet, and I believed her. She threw the best parties and gave the parakeets as our wrap gift. Godspeed.

Shocked and saddened by the news of Kirstie Alley. https://t.co/7usp1x43R4

I am devastated to learn tonight of the passing of the comedic genius @KirstieAlley. I had the honor to meet and work with her on her very first job as an actress on #StarTrekIItheWrathofKhan. My thoughts and prayers go out to her family and friends. She will be missed. pic.twitter.com/uT3UE7lP6g