Nearly six months after Jack Wagner’s son Harrison was found dead in a parking lot at the age of 27, his official cause of death has been revealed.

According to the Los Angeles County Medical Examiner-Coroner’s report, obtained by People magazine, Harrison’s death was a result of fentanyl and alprazolam.

Harrison’s death has been listed as an “accident.”

In June, Harrison’s family revealed that “he ultimately lost his battle with addiction."

Along with announcing the creation of the Harrison Wagner Scholarship Fund through the New Life House Recovery Community, his parents Jack and Kristina said, “Harrison was a bright, exuberant young man whose smile lit up any room he was in. He has left behind many men and family members who loved him deeply. We hope that Harrison's memory will live on through this scholarship and will help other young men get help for their addiction that would not otherwise be able to afford it."

At the time, a spokesperson for the L.A. Coroner’s Office told People magazine that the cause of death was being “deferred.” They said, “Deferred means that after an autopsy, a cause of death has not been determined and the medical examiner is requesting more investigation into the death, including additional studies."

They added, “Once the tests/studies come back, the doctor evaluates the case again and makes the cause of death determination.”

Following his death, Harrison’s older brother Peter posted a series of photos, writing on Instagram, “Always with you.”

Harrison’s on-again, off-again girlfriend Sophia Bui also remembered him on social media. Along with posting a “love letter” to Harrison, she admitted, “I'm so broken hearted.”

Years ago, Jack discussed Harrison’s struggles with addiction after he went missing for almost a week after suffering a relapse. 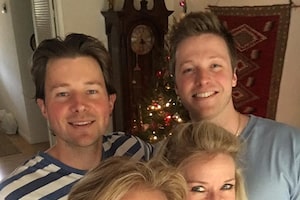 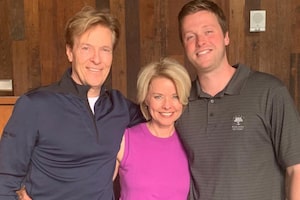