Jay Leno was back onstage Sunday night two weeks after suffering significant burn injuries from one of his cars that caught fire. “Extra’s” Jenn Lahmers was at the Comedy & Magic Club in Hermosa Beach, California, as Leno arrived to a flurry of photographers and reporters.

Leno, 72, was burned on the face, chest, and hands on November 12 while working on a car in his garage. He spent 10 days at Grossman Burn Center, where he was treated for his injuries.

Jay arrived at the comedy club with his wife Mavis, making jokes to reporters as he walked in, “Stay away from the Flamin’ Hot Doritos — that’s what caused all this.”

When asked if he was using what happened in his routine, he smiled and said, “I hope so.”

The comedian quipped, “The National Enquirer got the story all wrong. They said I was in the hospital because Nancy Pelosi hit me in the head with a hammer — that’s not what happened.” 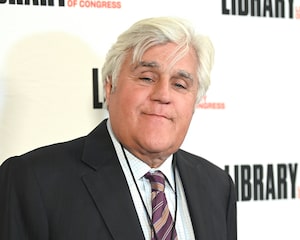 Shooting out funny answers to all the questions, he added, “We got two shows tonight, regular and extra crispy.”

He added, “I never thought of myself as a roast comic —thank you, thank you, good night.”

Jay told the media on the way out of the club that the doctors and nurses were “terrific,” adding, “We’ve got to do a benefit for that hospital.” 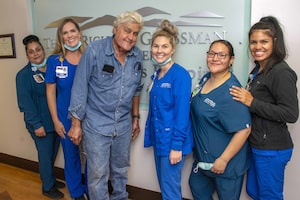 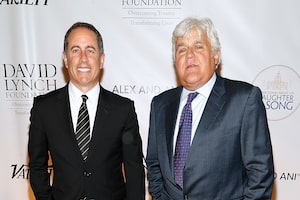 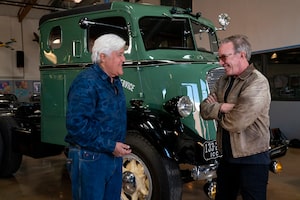