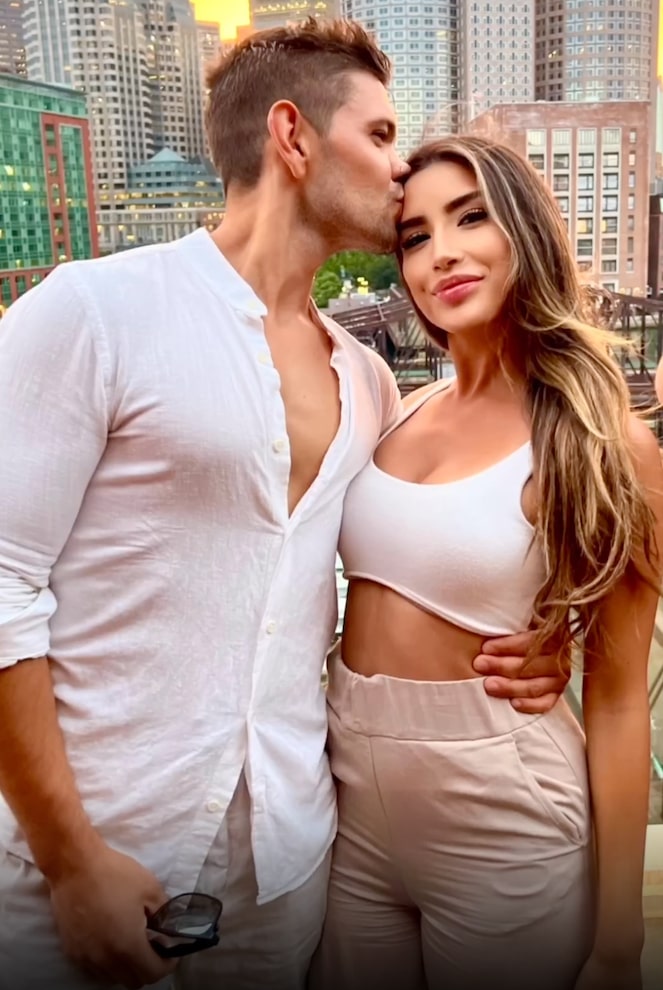 Kyle Abrams has a new woman in his life!

The “Love Is Blind” star posted a series of memories with new girlfriend, financial consultant Tania Leanos, on Instagram. 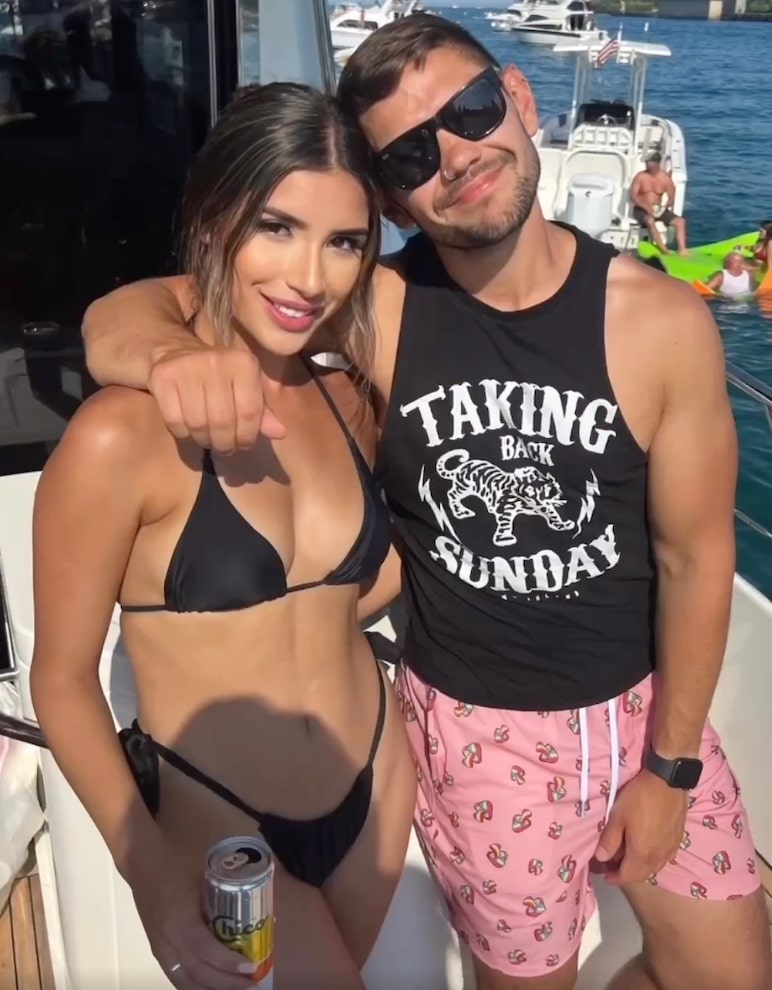 The couple looks head over heels for each other in the photos and videos, which include Kyle giving her a kiss on the cheek, her posing in a bikini, and the pair keeping it casual in sweats. 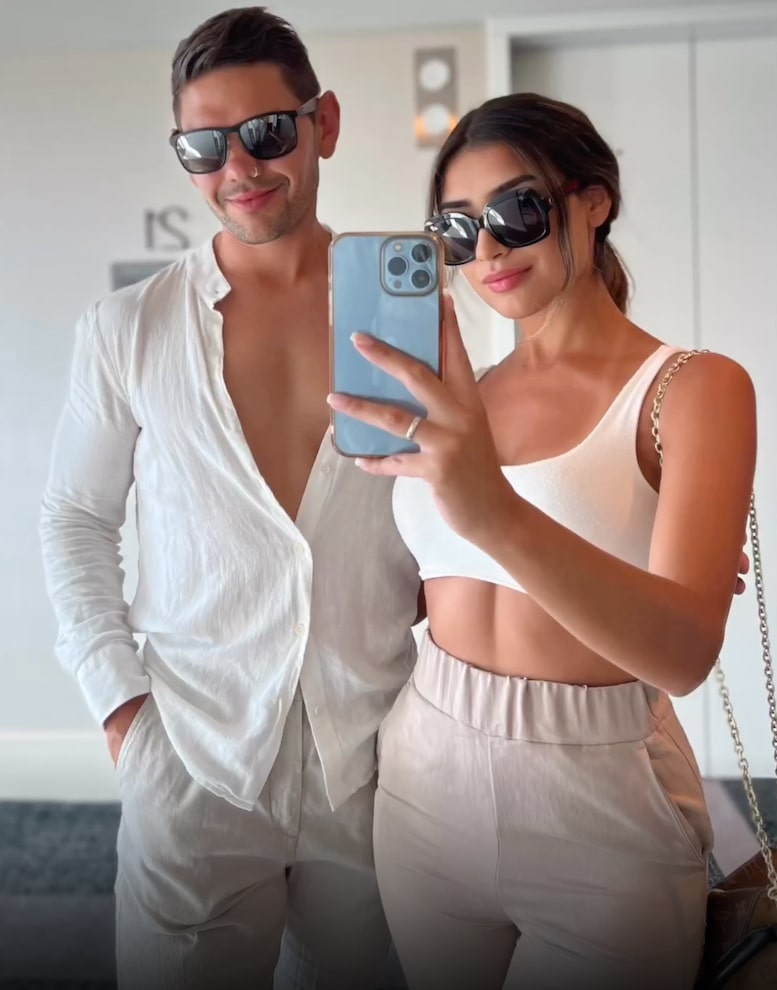 At the same time he announced his split from fellow “Love Is Blind” Season 2 alum Deepti Vempati. The pair met on the show, but didn’t start dating until later.

He explained in September, “I understand many of you are curious as to where Deepti and I stand today. Since After the Altar was filmed, we had decided to go our separate ways in early summer. Thank you to everyone who has followed our journey through arduous vulnerability and has supported us along the way.”

It turns out Deepti has met Tania, and told Us Weekly in September, “At first it was hard because, you know, obviously I care about him. But I have met [his girlfriend] before and she’s very sweet and, you know, I just want the best for him.” 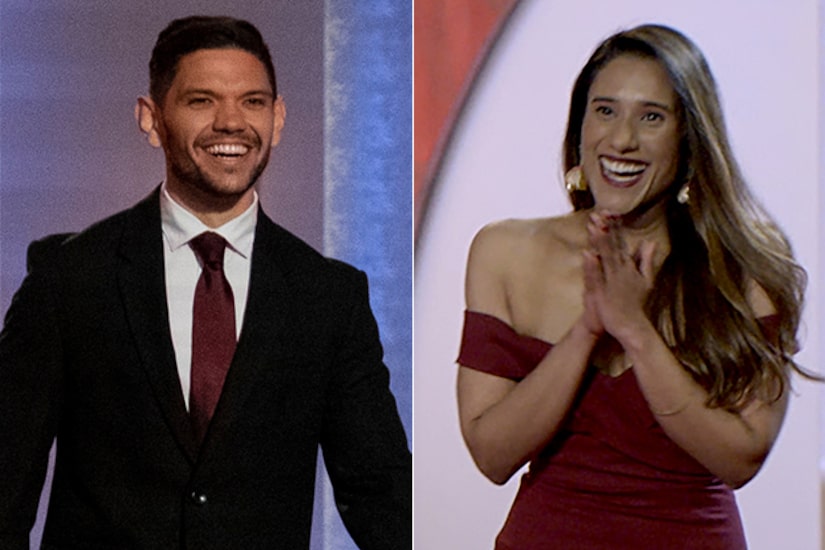 Vempati said of their split, “It was, like, an amazing time, but I think we didn’t really communicate as much as we needed to about our love languages [and] what we’re expecting out of life… There was so much pressure on us and I think it really impacted our relationship. And we’re just trying to navigate this new life. It’s been tough to lose my best friend, but you know, it is what it is.”

During their time on “Love Is Blind,” Kyle was engaged to Shaina Hurley while Deepti was with Abhishek “Shake” Chatterjee.

"Extra's" Katie Krause also caught up with Kyle after the season aired, and he talked about his regrets over proposing to Shaina. Watch! 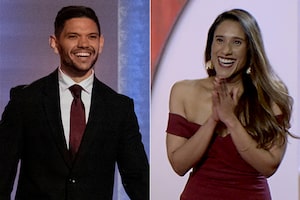 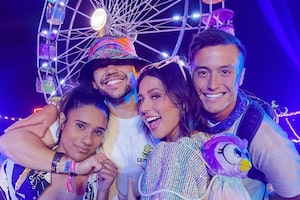