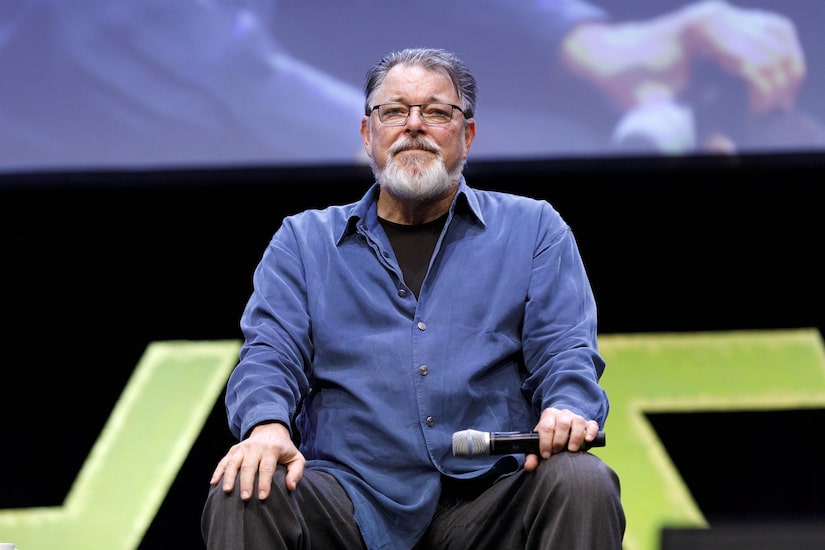 “Star Trek” actor and director Jonathan Frakes is teaming up with Pancreatic Cancer Action Network to raise awareness and encourage the public to get involved in the fight against pancreatic cancer!

“Extra’s” Melvin Robert spoke with Frakes, who stressed that pancreatic cancer is “very hard to diagnose.”

Some of the big names who have died from pancreatic cancer include Patrick Swayze, “Jeopardy!” host Alex Trebek, and Apple legend Steve Jobs.

The survival rate is low since pancreatic cancer is often diagnosed too late.

He added, “All these things are part of why we’re trying to raise money for research.”

Over the past year, PanCAN has raised more than $10.5 million in research grants as part of the largest-ever, single-year total research investment of $25 million.

As for how someone can be active during their annual checkup, Jonathan pointed out that people can ask their doctors “to be screened specifically” to see if there is any “genealogical connection to pancreatic cancer.”

Jonathan lost his brother Daniel to pancreatic cancer 24 years ago. For more information on how to help, visit Pancan.org!

Aside from his involvement in the fight against pancreatic cancer, John has also been busy working on the final season of “Star Trek: Picard,” which reunites the entire “Next Generation” cast.

Of working with Patrick Stewart and LeVar Burton again, Frakes said, “It was fantastic. It was like going to Thanksgiving dinner.”