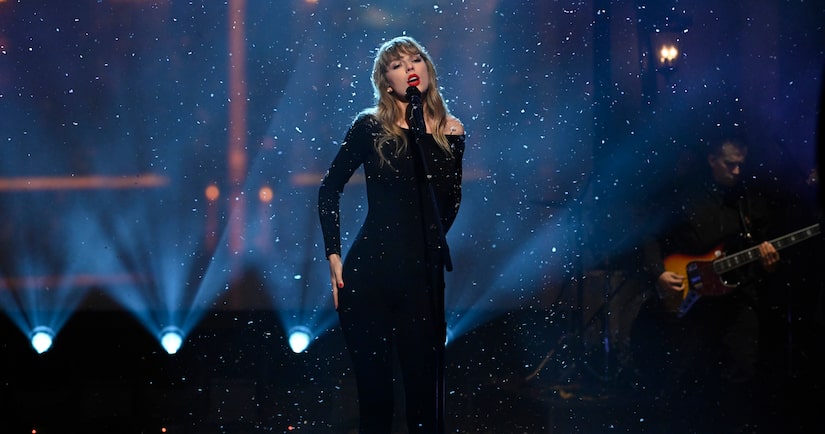 On Thursday, Ticketmaster announced that it would be canceling Friday’s general public sale of Taylor Swift’s s Eras tour.

Ticketmaster argued that it had to cancel due to “extraordinarily high demands on ticketing systems and insufficient remaining ticket inventory to meet that demand.”

A day later, Swift slammed the ticketing site for the snafu.

She wrote on Instagram, “It goes without saying that I’m extremely protective of my fans. It’s really difficult for me to trust an outside entity with these relationships and loyalties, and excruciating for me to just watch mistakes happen with no recourse.”

“I’m not going to make excuses for anyone because we asked them, multiple times, if they could handle this kind of demand and we were assured they could,” Swift went on. “It’s truly amazing that 2.4 million people got tickets, but it really pisses me off that a lot of them feel like they went through several bear attacks to get them.” 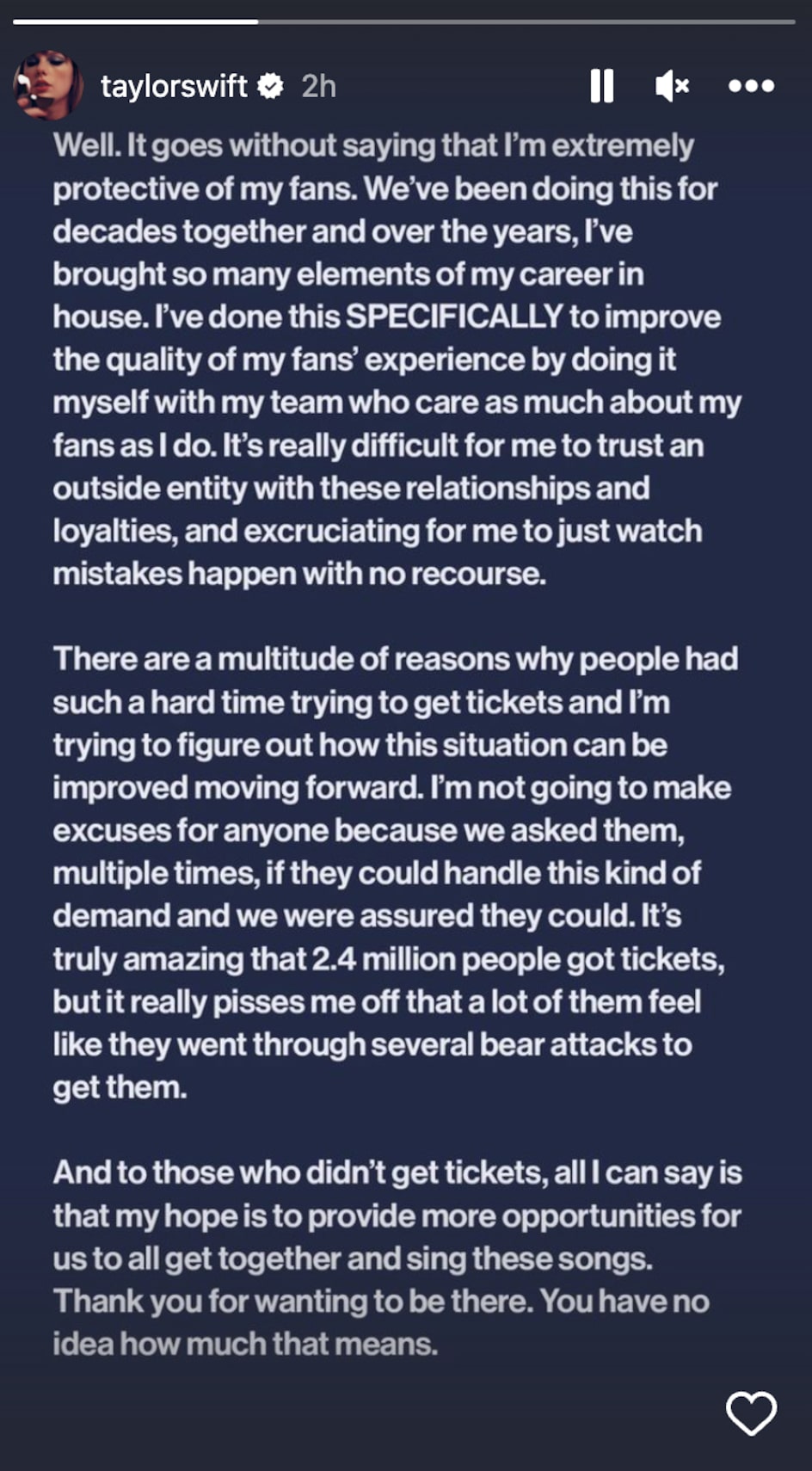 Swift was referencing fans who got tickets days before as part of pre-sale.

Taylor had partnered with Ticketmaster’s Verified Fan program, which allowed her diehard fans to get a special code giving them access to tickets early.

While some were able to score tickets, others were unsuccessful after being hit with error messages and glitches on the Ticketmaster site, which ended up crashing.

Taylor ended her note, “To those who didn’t get tickets, all I can say is that my hope is to provide more opportunities for us to get together and sing these songs.”

Since the debacle, Swift’s upcoming concerts have skyrocketed on resale sites like StubHub.

Earlier this month, she shared, “I’m enchanted to announce my next tour: Taylor Swift | The Eras Tour, a journey through the musical eras of my career (past and present!). The first leg of the tour will be in stadiums across the US, with international dates to be announced as soon as we can!”

“I can’t WAIT to see your gorgeous faces out there,” Swift added. “It’s been a long time coming.”

Taylor’s “Eras” tour is her first in four years, and will kick off in the spring of 2023.