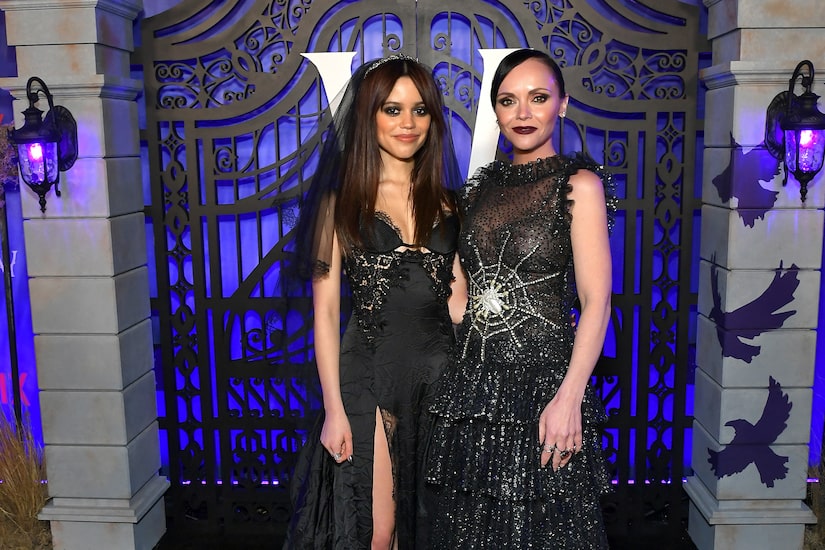 Jenna Ortega is making the role of Wednesday Addams her own in a brand-new Tim Burton Netflix series!

“Extra’s” Melvin Robert spoke with Jenna at the premiere about the training she did for the role and why she didn’t get any advice from Christina Ricci!

Ortega noted that she didn’t discuss her character Wednesday with Ricci, who played the character in the ’90s. She said, “[Christina] wanted me to do my own thing and have my own iteration.”

“I think we just wanted to respect one another’s space,” Jenna emphasized.

As for how she feels about being part of such an iconic franchise, Ortega admitted, “I’m a very, very lucky girl. I still have a hard time comprehending all of this. It’s actually a bit weird, but I’m glad. I’ve always resonated with ‘The Addams Family,’ and to be part of that history is something I wasn’t expecting, but I’m very, very, grateful.”

Ortega put in a lot of work to prep for the show, learning about canoeing, archery, boxing, and fencing.

Jenna hopes that people will “have a good time” watching the series, which premieres November 23 on Netflix.