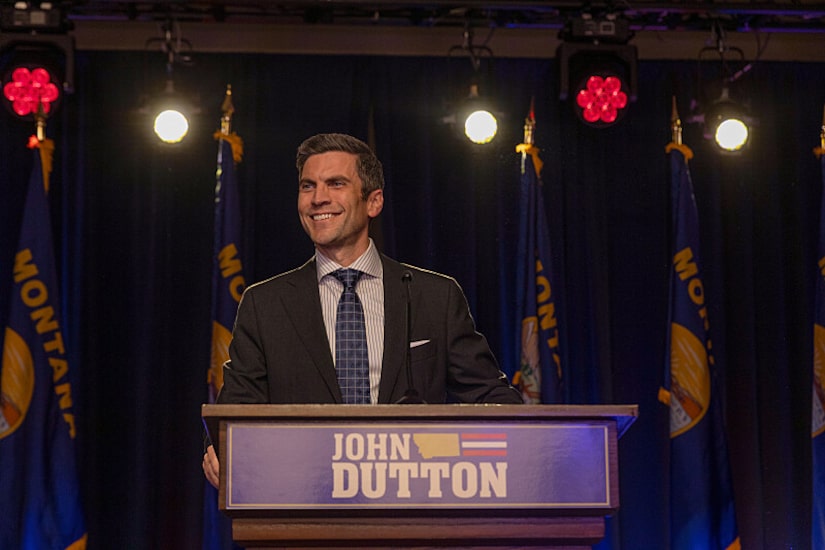 Wes Bentley is dishing on the fifth season of “Yellowstone.”

“Extra’s” Melvin Robert spoke with Wes about what to expect from the upcoming season, what he learned from Kevin Costner, and his reaction to Drake being a fan of the show!

This season, the tagline is “Power comes at a price.” Wes shared his take on the tagline, saying, “Power costs everything I think, except for physical things like the land. You might hang onto the land but you lost everything… you’ve lost your family, so I think for this family, it will cost everything.”

As for what to he’s excited for this season, Bentley said, “I think it’s going to be an interesting season. It’s different. I think the action is taking place in politics and it’s intense because there’s a lot to lose and a lot to gain. I think that’s gonna be a different kind of intrigue for the audience to follow. The stakes are getting higher and the precipice is getting closer. I think it’s going to be exciting to see what these big things are leading to.”

Famed rapper Drake is a fan of the show, even giving a shout-out to “Yellowstone” in one of his hit songs! Bentley commented, “I heard the way he said it and I was like, ‘Okay, that is a reference to us right?’ My wife didn’t think so, but okay, he is a fan. Right on, cool!”

On the show, Wes plays Jamie, the son of Kevin Costner’s character John Dutton and has learned a few things from the Hollywood veteran. Wes revealed, “Mostly what I’ve learned from him is mostly how to be real as an actor and also cinematic.”

While Wes loves working with Kevin, he wasn’t afraid to rate his character as a father, calling John “a terrible dad.”

Wes explained, “He’s not be a great dad to Jamie and not a loving dad for sure. And it’s only getting worse. I think Jamie is waking up as we enter season 5 that John will not get better and John does use him and John’s a hypocrite… that’s all breaking and falling apart.”

He teased, “That’s only kind of exposing a vulnerability that Jamie might exploit.” 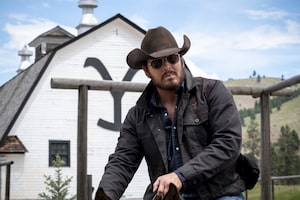 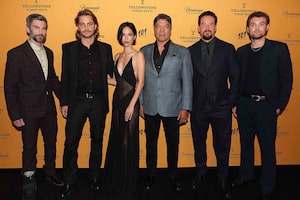 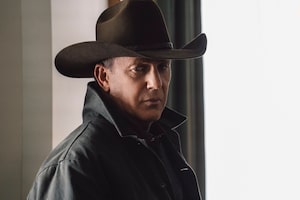