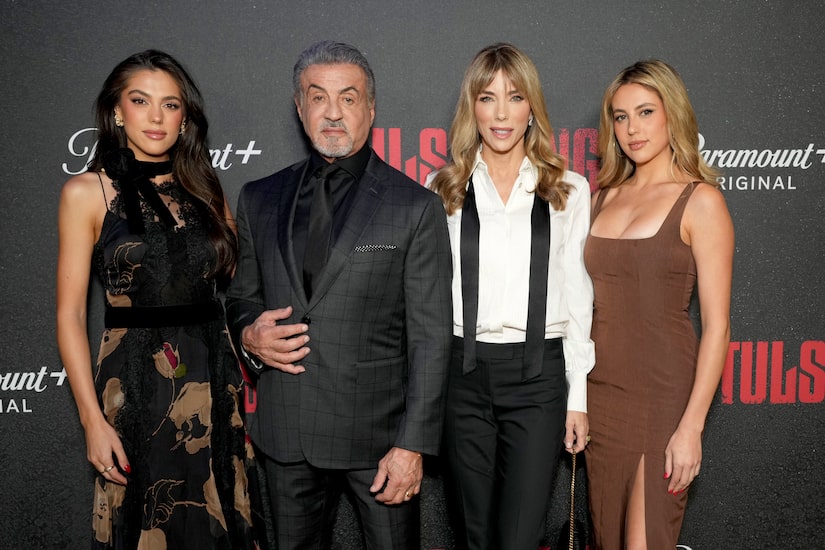 On Wednesday, Sylvester Stallone was back on the red carpet at the New York premiere of his series “Tulsa King” with his family by his side, including his wife Jennifer Flavin after the “blip” in their marriage.

He went on, “I’m not going to be around forever so I’m going to embrace it. But it means you gotta take a lot, haha, but it's worth it.”

“Tulsa King” follows Stallone as an aging goodfella fresh out of federal prison.

Of the role, Stallone commented, “This is the one I have been waiting for. Even Rocky was a little thuglike, a little gangster, but he was a bad one. This guy’s actually is a good one, but he’s not a vicious one. I had a lot of debating with people ’cause in the beginning he was really tough. I said, ‘Why don’t you have him be more of an organizer, a cunning individual rather than physical?’ And it looks like the gamble paid off.”

Sly admitted that his character was “100%” derived from his life, saying, “I really pull a lot of memories out and try and show the humor, ’cause sometimes life can really be a black comedy, unfortunately. That’s what makes people laugh, ’cause they go, ‘That happened to me’… I didn’t hold back, so this guy is always messing up a little bit… He’s very self-aware of his faults.”

When asked if that happens to him, Stallone answered, “Daily.”

Next up for him and his family: reality TV. He teased, “This is going to shock people. ‘Reality TV — you need a job or something?’ I said, ‘No, no, no.’ I have this resurgence going on, so why not at this moment show people what it is like, not when you are over or retired? It’s the ultimate home movie, you will see.”