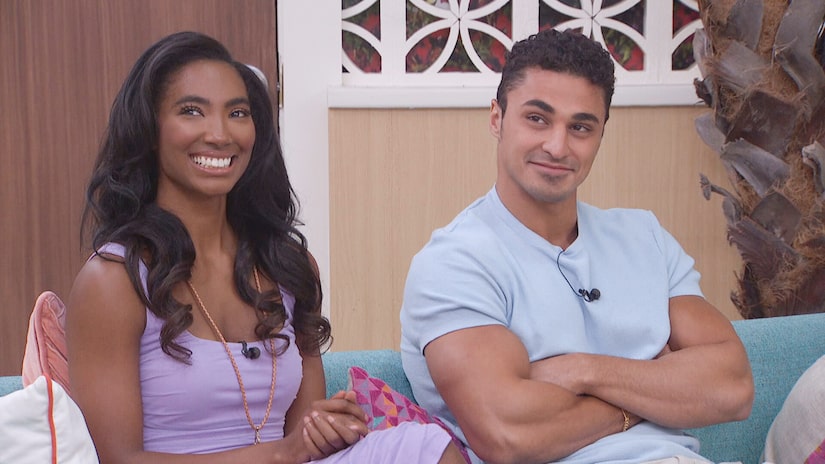 Hale told People magazine, “My connection with Joseph has been undeniable, and I knew from the moment he kissed me on finale night that we'd find a way to be together. His heart is bigger than the galaxy, and now we have the privilege of sharing our hearts with each other. I love him so much — I'm the happiest I've ever been."

Joseph added, “From the moment I saw Taylor, I knew she was something special. Our spark started within the show and we decided to wait until after the game. Since then, we have only gotten closer and confirmed what we already knew. It has been a rollercoaster of an experience, but I wouldn't want to share it with anyone else. She is a remarkable woman that I am so grateful to call mine. She may have won ‘Big Brother,’ but I won so much more."

The two were friends first on the latest season of “Big Brother,” and then things got more flirtatious. However, Hale ended up in a “temporary showmance” with Monte Taylor when houseguests told her that Joseph turned on her to secure his safety on the show.

After she won, she told People, “Joseph really was my rock, my sanity. He didn't need to be in the beginning. So knowing that my initial assumption about Joseph not turning on me was true, had I known circumstances were different, I probably would not have ended up in a second temporary showmance."

She added, “I truly have such a soft spot for the guy and I'm hopeful that whether we're friends or something more, we're going to be deeply, deeply connected forever now.”

Following the show, they attended events together and even wore matching Halloween costumes.

While they haven’t put a label on their relationship, Hale shared on Instagram Live earlier this week, “We are planning on locking it in eventually. But there's stuff that needs to happen, there are conversations that need to happen. There's real stuff that needs to go on. This is stuff [that will] impact our lives as individuals. And if we're gonna work together in a life, we need to make sure things are set up long term."