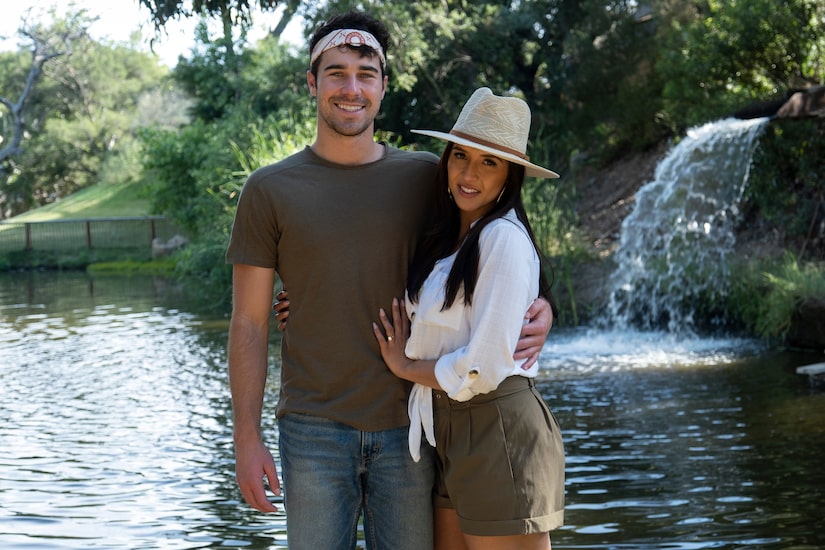 "Love Is Blind" Season 3 couple Zanab Jaffrey and Cole Barnett had quite the breakup at the altar during the Netflix show’s explosive finale.

“Extra’s” Katie Krause spoke with the couple, who are now breaking down everything that happened and where they stand!

When asked about the comments that Cole made about her, like calling her bipolar and rating her looks, Zanab admitted, “It equally stings hearing it all again after watching it. I find myself very much back to where I was a year ago.”

While Zanab wanted to “fight” for their love story, she had to be truthful to Cole on their wedding day. She explained, “So he had a clear understanding of why it was a no and why I would be walking away.”

Zanab noted that Cole “has not” apologized to her, saying, “We do not speak.”

Zanab believes she deserves an apology, but she doesn’t want a “blanket apology” either. She commented, “I would want an acknowledgment of what he did… ‘I did this and it made you feel this way, so I am truly sorry.’”

She added, “I honestly don’t expect one, so I’d be surprised if I got one.”

When Katie spoke to Cole about his comments to his former fiancée, he insisted that there “needs to be more context,” which he didn’t have “time to go into.”

If Zanab had said yes on their wedding day, would he have been ready to marry her? He answered, “Not when I feel like this… When I just look at all the trauma of our relationship, it doesn't feel like it, but on that day, I was certainly hoping it would have gone a different direction.”

Cole told Katie that he “absolutely” apologized to Zanab, but she “didn’t respond.” Along with saying that they have “talked since” the wedding, he added, “She didn’t respond probably ‘cause everything is just crazy right now… We’re talking a lot and working things out.”

As for the possibility of a future together, Cole said, “I hope that our future is that we're there for each other, but I don't know that our future needs to be something romantic love.”

For now, Cole says he’s “single,” while Zanab is “healing” and on a “self-love journey.”

Zanab has “dipped” her toe back into the dating scene, but she’s not “interested in forcing anything.”

She added, “I feel like if I get myself in tip top shape and love myself the most, then I will that right person will gravitate.”

When asked what she’s looking for in a man, she quipped, “I heard Chris Evans is looking for the love of his life… ‘Chris, call my people.’”