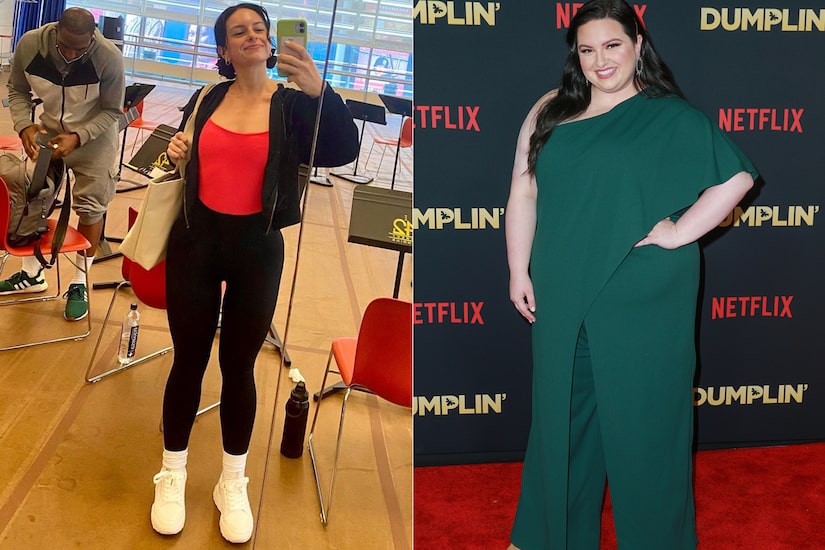 During the COVID-19 pandemic, Baillio changed her lifestyle and it’s paid off: She’s now lost 150 pounds over the past two years.

The 26-year-old told People magazine, “Life is good. I’m in a lovely, healthy relationship with myself and my body and my family and my partner, [boyfriend Solomon Reynolds]. … I’m in a much more centered, grounded place.”

Before the pandemic hit the world, Baillio was filming “Cinderella.” While she was “comfortable” with her body, she was struggling to keep up with her castmates. She explained, “There was a scene that didn’t make it in the movie, where me and the other stepsister [Charlotte Spencer] led a group of like 300 girls — fantastic dancers, slender, they had it going on — down this 50-yard pathway to the castle singing ‘Single Ladies’ and dancing. I couldn’t keep up with the choreography. I kept losing my breath. We’d have to start reshooting the scene over and over for me.”

After the pandemic shut down filming, she decided to go back home to Texas and “build stamina.”

Maddie noted, “I had so much free time, so I thought, ‘I’m just going to start walking.’ The sun was so good for my mental health and my physical health. I could walk for 30 minutes to an hour, and then the next week, it was a good two hours. So that’s how it began for me.”

According to Maddie, her “whole world opened up” because of her healthy lifestyle. She said, “I’d go to West Hollywood, and I could dance forever throughout the night. Life became so much more fun when I had that physical stamina.”

Baillio stressed the importance of being comfortable with oneself, saying, “It can’t come from outside sources.”

She went on, “It is a compliment when people tell me that I look good, but I refrain from commenting on people’s physical appearance because I know that when I was struggling — when I was so hyper fixated on the number on the scale, and people were telling me that I was doing good and [to] keep going — that wasn’t good for me. Because you never know who’s struggling with what, how they got to that point.”

As for her relationship with Solomon, Maddie said, “I’m so happy; we’re so happy. Yeah, it’s a really love-filled time in my life.”

The two had known each other for years before things became romantic. She recalled, “I was a plus-size girl in high school as well, and he was like one of the few boys who was just so kind to me.”