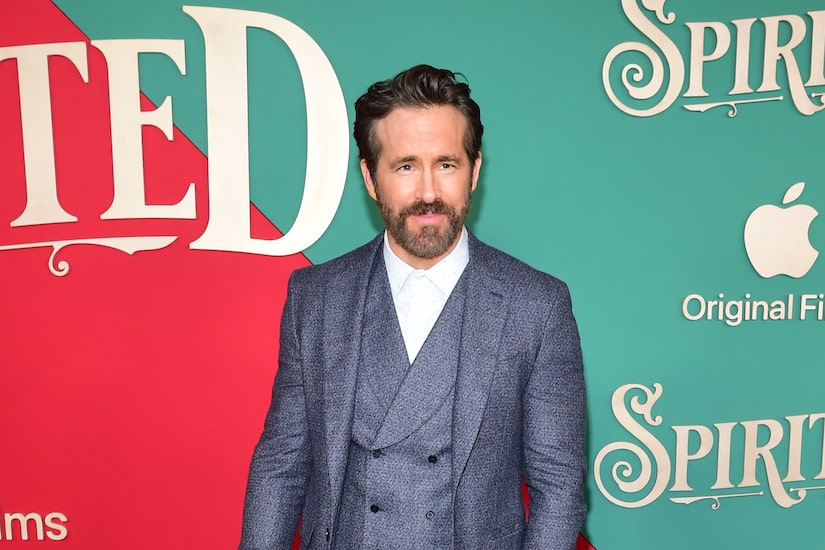 On Monday, “Extra” caught up with Ryan Reynolds on the red carpet for the premiere of “Spirited,” his new Christmas-themed musical comedy with Will Ferrell.

Ryan gushed over working with his “hero” Will, saying, “They say never work with your heroes or never meet your heroes, but I have to say, he’s gone so far above and beyond meeting that expectation and then some. He really is just an amazing human being. I love him as a friend and I’m also very lucky I got to work with him. I’m a big admirer of Will.”

When asked how different it is to work on a movie like “Spirited” versus “Deadpool,” Ryan said, “‘Deadpool’ is like, I write, I produce, I’m, like, involved in every little granular thought of the movie… When I do a ‘Deadpool’ movie, it’s two years of my life — that’s all I do. There’s no room for anything else, other than my family. This is like, [they] got incredibly capable people producing the movie… They’re doing it, so they take care of that stuff for me. I just show up and do whatever they tell me.”

Would Ryan ever do a musical with his pal Hugh Jackman? He answered, “I don’t know. I can’t imagine doing a musical again, as much as I love doing this one and as proud of it as I am. I feel like it’s sort of like doing three movies in a row, when you’re trying to just do one. It takes so much time, there’s so many variables, so, like, I don’t know about that.”

He also revealed that his daughters are “really excited” about their new sibling, who is on the way!

“Spirited” is out November 11.