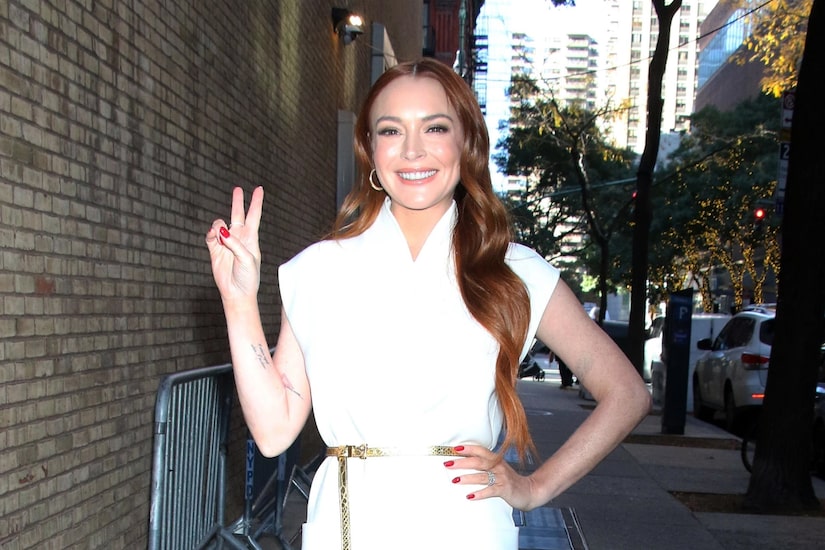 After nearly a decade away, Lindsay Lohan is making her big Hollywood return in a brand-new movie, “Falling for Christmas.”

“Extra’s” Jenn Lahmers spoke with Lohan and her co-star Chord Overstreet all about it, as well as her take on a possible “Mean Girls” remake.

Along with acting again, Lohan has delighted her fans with her long-awaited return to music with a brand-new cover of “Jingle Bell Rock,” a song she performed in “Mean Girls.”

Would she ever want to see a remake or reboot of “Mean Girls”?

Lindsay answered, “I’ve been saying yes forever, so I feel like a broken record. The thing is, it’s so tough [because] ‘Mean Girls’ is so good the way it is. It’s like, ‘Do you really wanna mess with that?’ But you never know.”

Jamie Lee Curtis recently expressed interest in doing a sequel for “Freaky Friday,” another hit movie starring Lindsay. Lindsay pointed out, “We have talked about it and we all love the idea.”

As for “Falling for Christmas,” she shared, “This was one of the first scripts I got that I really loved and it made sense… It was a perfect match.”

When asked who we should thank for getting Lohan back in a rom-com like this, she commented, “I don’t know. I think it was just not being on set and seeing that throughout COVID and everything and watching movies, I really started to miss being on set and acting.”

She added, “It took a lot of time for me to really miss working and making movies and I wanted to have that. I wanted to crave it again… I came back with a different mindset and idea of how I wanted to approach characters and stuff like that, so I think it just definitely was a refresher.”

In the movie, her character suffers from amnesia after a proposal gone wrong. Chord plays a lodge owner who takes her in while she recovers.

The two shot the movie in Park City, Utah. Lindsay dished, “I loved it there. It was so cozy… Everyone hung out a lot, which was really nice.”

Chord added, “I mean, it was a cool old Western town we were staying at… It was such a fun time.”