Kourtney Kardashian is spilling on her unlicensed Las Vegas wedding to Travis Barker back in April.

In the latest episode of “The Kardashians,” Kourtney confesses she was drunk the night she said “I do” at One Love Wedding Chapel around 2 a.m. after the Grammys.

In fact, the 43-year-old “blacked out” for part of it, and revealed she threw up afterward.

During the episode, Kourtney explained, "Vegas with Travis is really fun. He's like, 'It's the Grammys, and it’s our first Grammys together, let's make this the best night ever.'"

While hanging out at "the best vegan sushi dive restaurant in a strip mall," they started "looking up cute little chapels." The star added, "We knew that Elvis had to marry us, he was the only one open at that hour.”

Things get a little blurry for Kourtney after that. "I didn't even remember Elvis sang to me walking down the aisle," she continued. "I didn't remember I had a bouquet."

While showing friend Simon Huck photos and videos she points out she was “slurring” her words and that the Elvis impersonator actually said “Khloé” instead of “Kourtney” during the nuptials.

She said when Elvis said her sister’s name, "I lost my mind, fell straight on the floor, and we couldn't get up.”

Kourtney shared in a confessional, "I did throw up after, though, and took my top off and unbuttoned my pants and had to walk back through the hotel with a million people taking my photo. I was a hot slob kebab."

She insisted the couple would have gotten legally married that night if they had the chance.

"We did try to get a license but they wouldn't give us the certificate — it was 2 a.m.," she said. "And I'm sure we could've got a license the next day, but what could be more fun than a night in Vegas? I am truly living my best life. Don't let anyone tell you any different!"

It was later revealed that mom Kris Jenner had some reservations about the wedding. She asks Kim Kardashian, "Can you believe that Kourtney and Travis got married in Vegas?"

Kim was unconcerned, telling her, “It’s not real. We've all done it once in our lives."

Jenner insisted, "Yours was real," referring to Kim’s marriage to Damon Thomas from 2000 to 2004.

Kris shared in a confessional, "It would be so disappointing if Kourtney really got married in Vegas and I wasn't there, but I guess I'll get over it. I mean, been there, done that. Kim did it too. [Kourtney] didn't even tell me when she came home!"

Kim went on to assure her mom the wedding wasn’t legal, saying, "It's not real. I mean, it's fun. I think they would have [gotten legally married] if they got a permit."

Kris replied, "She was drunk as a skunk! Laying on the floor, throwing up. Who wants to get married like that?" Kim replied, "Who doesn't?"

Kourtney and Travis legally tied the knot in Santa Barbara in May and followed up with a big Italian wedding the same month.

Back in April, however, “Extra’s” Katie Krause spoke with One Love Wedding Chapel owner Marty Frierson about how the Vegas nuptials unfolded. 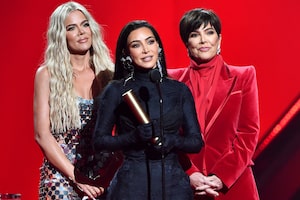 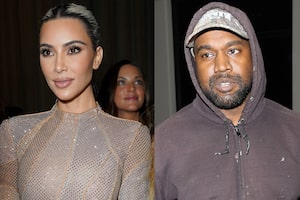 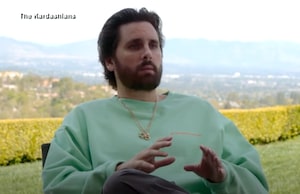