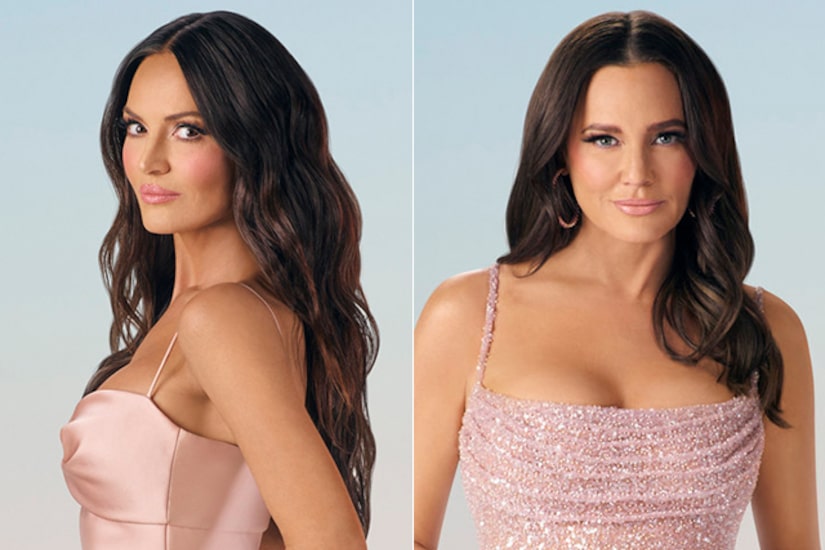 “Extra’s” Rachel Lindsay caught up with Lisa Barlow about all the latest drama on “The Real Housewives of Salt Lake City.”

Lisa’s dealing with her own drama this season, feuding with her former friend Meredith Marks after she was caught saying some things during a hot mic moment!

She commented, “I think it was important for Meredith to have some time to process everything and, like, work through her feelings… I wasn’t really sleeping at night. I felt horrible that she had to hear that. I mean, it was a lot for me too, in the sense that I felt horrible and you have to come to terms with, ‘Hey, the whole world just saw an ugly rant.’ So I was like, ‘Give her some space,’ but I was hopeful that at some point we could chat, knowing that things won’t probably ever be the same, but at least we could get to a good place.”

When Lisa tried to approach Meredith at a group dinner, she was not having it! Lisa explained, “I went up to her and she made it clear she did not want to talk to me at all. So I took that as my first cue to leave her alone and give her some space.”

Things between Meredith and Lisa were rocky even before the hot mic incident. Lisa said, “I was hearing that she was not being a good friend to me, that she was saying really horrible things behind my back.”

Lisa claimed that Meredith is trashing her “intentionally” now, saying, “The things she was saying aren’t true… Like, I’ve never performed sexual favors for a tequila placement. We have sales reps. That’s like ridiculous in itself.”

She admitted, “I wasn’t shocked when Jen pled guilty and I wouldn’t be, you know, if she kept fighting… Jen had saw the evidence that was stacked up against her and I think she realized that, you know, it might be impossible to win, so it’s probably better to plead guilty.”

While they have a “very interesting dynamic,” Lisa noted that she and Jen are “good” with each other.