On Tuesday, “Extra’s” Billy Bush spoke to songwriter and producer Danny Myrick, who appeared in Leslie Jordan’s final post on Instagram the day before his sudden death at 67 after a car crash.

Reflecting on their performance together, Danny said, “It's an old hymn called ‘When the Road is Called Up Yonder,’ which is obviously very ironic given where we are, but it's a song that he loved, that we grew up with, and had that in common.”

The two were together this weekend as Leslie shot a music video with LoCash and Blanco Brown in Nashville.

Myrick elaborated, “He grew up in the church. He had a complicated relationship, obviously, growing up as a self-described sissy, as he would say it, in the Southern Baptist Church, in Tennessee. But I think as he got older, you know, he grew really, really fond of new songs that he used to sing. We made this gospel record a couple of years ago with all these guests in the middle of the lockdown. I think one of the main reasons he did it is he just knew his mom would love it. You know, he was like, ‘My mom was gonna love it and I want to do it.’”

Leslie once said that he wanted to be remembered like Dolly Parton, someone that no one had a bad word to say about. 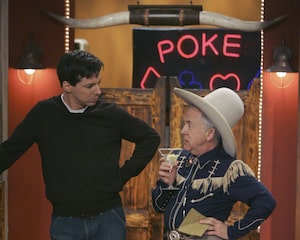 Danny noted, “Mission: accomplished. I was telling somebody earlier, it's incredible. Such a short list of people to have everyone from drag queens to Evangelicals in their corner — everyone loves him. And really amazing to me that as many great roles that he had, won an Emmy, done so much, so many amazing things, but the thing that really, really made him globally popular and really blew him up the last years was just Leslie being himself, and that's been the message that I took from him, is just being unapologetically who you are, and treating everyone with love and respect and being accepting, and it was quite a magical thing to watch all the people around him… No one ever had a negative word to say about him. Everyone loved him. And man, such a life.”

In his 60s, Leslie let his hair down, and was more than just accepted by society. His social media followers went from 80,000 to millions. Danny pointed out, “He just said, ‘I’m gonna put my finger in the the pies of all the things I want to try… He loved to sing and he loved to dance. Man, that is what I have taken from my relationship with him more than anything else, to be fearless, to be joyful… Leave every room better than when you entered it. He did that.”

“You know, the thing that really got me the last 24 hours, all the comments of like, 'Please don’t stop posting videos'… I think during the pandemic, when every one of us were at our most confused and frightened, he became a voice for all of us, kind of this security blanket,” Myrick explained. “I think that is what he lives to do… There's just so few people that have that ability to rise above all things.”

When Billy mentioned that Leslie will be missed for making things “sweeter, lighter, warmer, more loving, and cozy,” Danny replied, “Amen to that.” 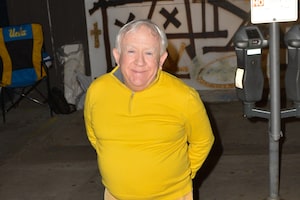 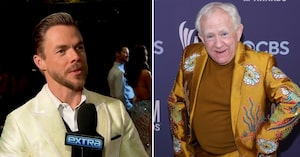