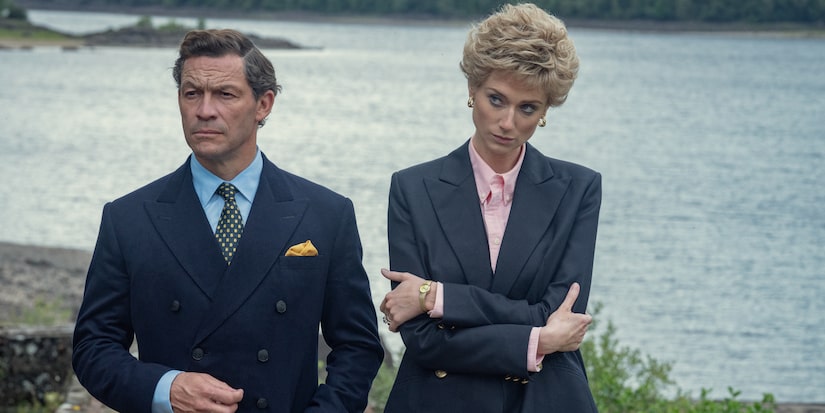 An official trailer for the fifth season of “The Crown” has just been released!

The fifth season has a brand-new cast, with Elizabeth Debicki as Princess Diana, Dominic West as Prince Charles, and Imelda Staunton as Queen Elizabeth II.

The upcoming season of the hit show will focus on the royal family in the 1990s as Princess Diana and Prince Charles’ marriage falls apart.

Princess Diana’s infamous Panorama interview with Martin Bashir is recreated in the trailer. Debicki as Diana is heard saying, “I won’t go quietly. I’ll battle until the end.”

West recently confirmed that Charles and Camilla’s phone sex scandal will also be recreated on the show, even though it wasn’t seen in the trailer.

In an interview with Entertainment Weekly, he said, “I remember thinking it was something so sordid and deeply, deeply embarrassing [at the time]. Looking back on it, and having to play it, what you're conscious of is that the blame was not with these two people, two lovers, who were having a private conversation. What's really [clear now] is how invasive and disgusting was the press's attention to it, that they printed it out verbatim and you could call a number and listen to the actual tape. I think it made me extremely sympathetic towards the two of them and what they'd gone through."

While many are excited about the new season, actress Judi Dench is not one of them!

In an open letter to the UK’s The Times, Dench — a longtime friend of Camilla’s — slammed the show for portraying “an inaccurate and hurtful account of history” and asked Netflix to put a disclaimer at the beginning of each episode.

Referencing Queen Elizabeth II’s recent death, she added, “The time has come for Netflix to reconsider — for the sake of a family and a nation so recently bereaved, as a mark of respect to a sovereign who served her people so dutifully for 70 years, and to preserve its reputation in the eyes of its British subscribers.”

While Dench called the show “brilliant” at one point in her letter, she argued that “the closer the drama comes to our present times, the more freely it seems willing to blur the lines between historical accuracy and crude sensationalism.”

The ladies of “The View” also weighed in on the show, saying it doesn’t hurt to have a disclaimer, but that the truth and history have happened.

Joy Behar said, "This dame disagrees with Dame Judi Dench because they tell you at the top that it is not a documentary, and if you have a brain, you can figure out that the writers have used history."

"If it's documented history, then we can believe it, but we're not going to believe a conversation that's going on in the bedroom of Queen Elizabeth and Prince Philip. Nobody was there but the two of them, so you don't believe that part," Behar added. "But the historical part, you believe."

Sunny Hostin chimed in, saying, "One of the pushbacks that they're getting is about Princess Diana's death. They're going to film it, not going to show it, what really happened I think we all remember how tragic that was, and history is ugly sometimes, and I don't think there's a problem showing it."

Whoopi Goldberg shared her two cents, saying, "When you make historical fiction, you have to be careful. You have to pay attention to what you're doing."