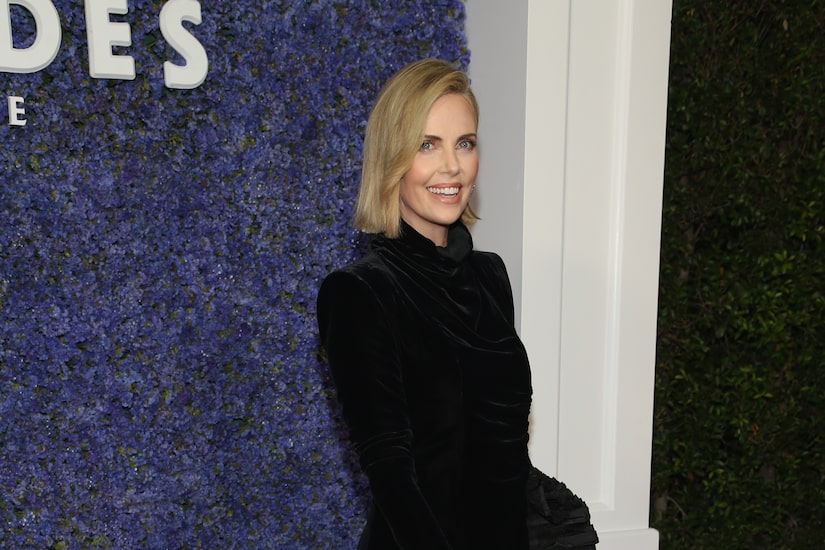 Charlize Theron and Kerry Washington sat down with “Extra’s” Jenn Lahmers to talk about their new fantasy-adventure movie “The School for Good and Evil.”

During the filming of the movie, Theron left her kids at home with her mom. She quipped, “That was the only way I could do it. Single mom problems.”

Theron opened up on her kids, who have “really honed their humor” and pushed the limits. She said, “I’m somewhat inappropriate, so it’s like I’m only to blame… I have definitely had a few Zooms where my children have been in the background going like, ‘Don’t hit us.’ I’m like ‘That’s not funny! You can’t say that!’ They’ll crawl onto the floor and then they’ll just pop up and say something so inappropriate [like], ‘Is my mom a terrible actress?’”

Speaking of kids, Charlize and Kerry “instantly bonded” over motherhood. Charlize said, “As soon as we saw each other, I think within five minutes, we were talking about, ‘How do you do it? What do you do different?’”

As for their movie, Theron was attracted to the project because she thought it was “refreshing.” She added, “I was like I would want to read this to my kids.”

Washington has always been a fan of “fairy tales,” which made signing on to the project an easy yes for her!

Since Washington’s character runs the “good” school in the movie, what is something good that she’s done recently? She revealed, “I picked my husband up at the airport.”

Charlize reacted, “Who does that these days? Like, that’s huge!”

Charlize’s character runs the “evil” school, so she shared a story about something bad she did, admitting, “I gave my mom a sweater this morning. It wasn’t new, though… I’ve definitely worn it. But she was very happy.”

“The School for Good and Evil” is streaming on Netflix.