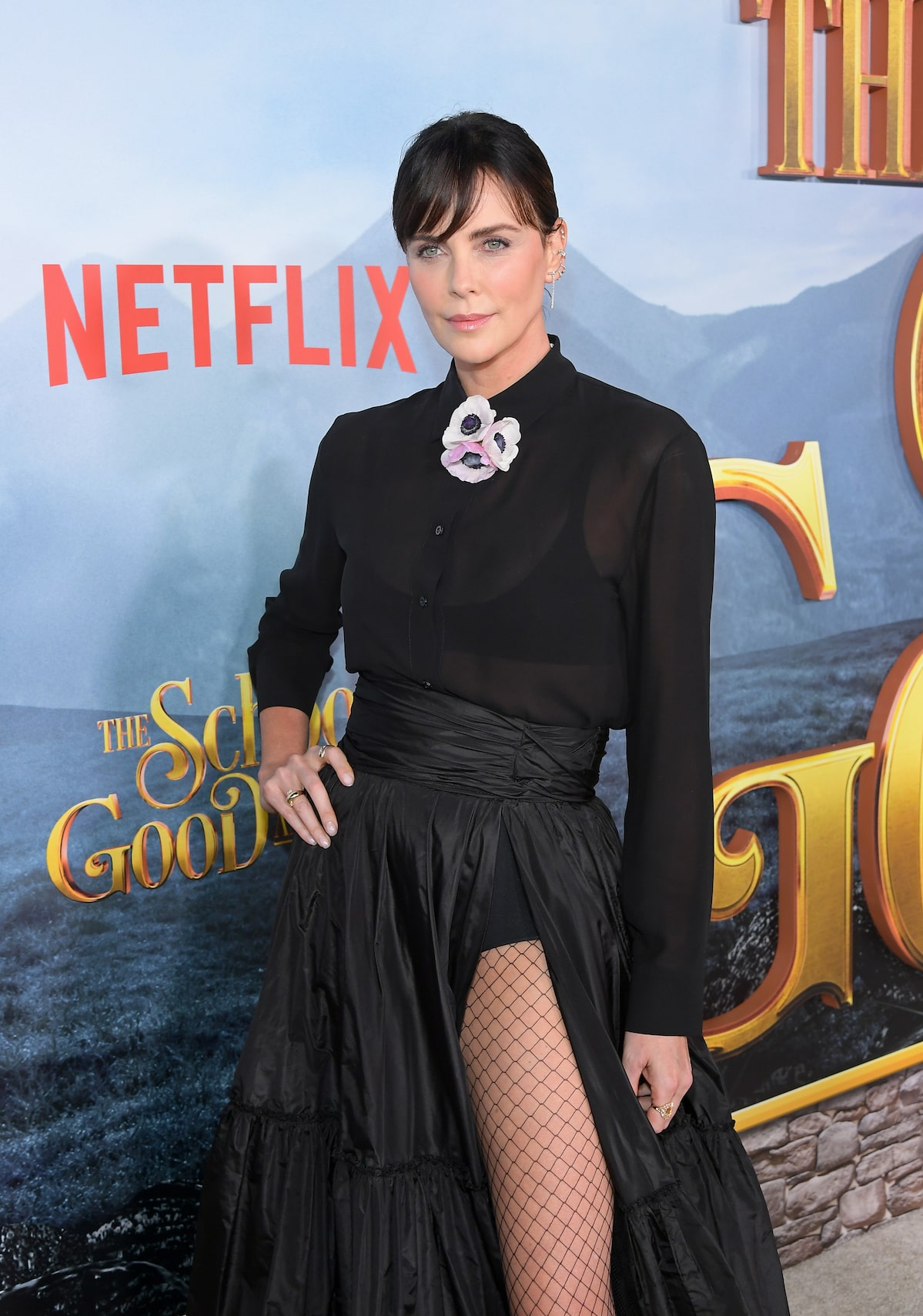 Charlize Theron is making movie magic alongside Kerry Washington in their new Netflix movie “The School for Good and Evil.”

“Extra’s” Terri Seymour spoke with Charlize at the Los Angeles premiere about getting villainous in the fantasy film, as well as why her kids find her fame embarrassing!

Charlize’s kids “loved” the movie, so they were “watching it again” at the premiere.

She noted, “It’s so rare that I make something that’s like this, so I wanted to celebrate it with them because it might not happen again.”

As for what her kids think of the movie posters of her around town, Theron said, “It’s not embarrassment, but it’s more like ‘Oh my God, like, why would you let somebody print a photo that size of your face at the airport? That’s so embarrassing, Mom.’”

Referencing her latest campaign with Dior, Charlize added, “They’re like, ‘Mom, you’re naked at the airport!’”

While Charlize is famous in her own right, she recently made headlines with comments that she’s not at Kim Kardashian’s level of fame.

Charlize explained, saying, “I feel like it was just different. I don’t think that one is better than the other… The context of it was just more that things have changed so much. The cast that you have in the bank as an actor and how that green lights things are different than when you’re a producer and you’re trying to create opportunities for other people.”

Theron pointed out that things are different with social media nowadays. She commented, “When I was at the height of my fame, it was just different… It doesn’t bother me because I feel like at the end of the day, it’s really about the work, and I’d rather it be about the work than about the fame.”

Charlize also opened up about working with famed director Paul Feig on “The School of Good and Evil.” She raved, “I absolutely love him. I can’t say enough nice things about him. He’s one of the most incredible collaborative directors I’ve ever worked with.”

Theron commented that she loves working with “nice people” who make her laugh, adding, “I’m too old for all that drama… I can’t deal with the drama and the method [acting] anymore.”

Charlize had fun “being a little evil” in the movie, saying, “I think that’s the point of the movie. It’s like we’re way more interesting human beings; we’re more than just one thing.”

“The School for Good and Evil” is streaming on Netflix now.