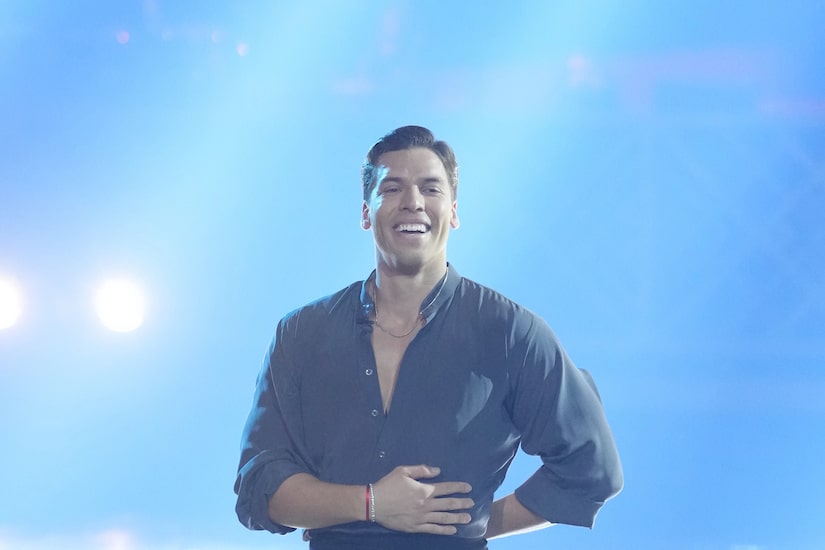 Joseph Baena, 25, showcased his rumba dance skills on last night’s episode of “Dancing with the Stars.”

“Extra’s” Katie Krause spoke with Baena after his performance, which was praised by many on social media.

In his video package this week, Joseph opened up about overcoming the high expectations of having Arnold Schwarzenegger as his dad!

Of his “meaningful” performance, Baena said, “It’s so many people out there that have accomplished parents and feel like they need to live up to their parents’ accomplishments… In reality, it’s the acceptance of being yourself and knowing that you only need to beat your own expectations, so that’s why this song means so much to me… This is the year that I really realized that I am doing this for myself. Everything I do — acting, real estate — it’s like, this is for myself. This isn’t me trying to beat anyone, trying to live up to anyone’s expectations. It’s for me.”

Arnold has been a very supportive dad, watching Joseph every week. Joseph commented, “He’s always been rooting for me, ya know? I love him to death. He’s the best dad I can ask for.”

When Katie mentioned that Arnold will love his performance this week, Joseph quipped, “He loves every night.”