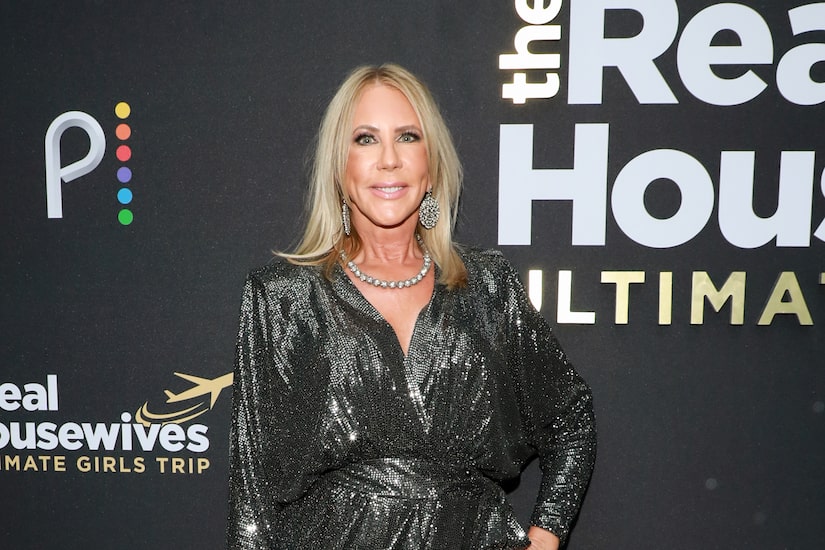 Vicki commented on “The Real Housewives of Potomac’s” Ashley Darby recently calling her the “rudest” Bravolebrity she’s ever met.

“We were literally on a panel for five minutes and I did not know who she was, so I’m like, ‘Why am I with her?’ I thought I was going to be with a cast member of “[Real Housewives of] Orange County’ or ‘New York’ or somebody that I knew.”

According to Gunvalson, Darby is “making a big deal of it,” but she doesn’t care.

When asked if she’d ever return to “The Real Housewives of Orange County,” Vicki answered, “I don’t know. ou’ll have to ask Andy Cohen.”

She noted that the cast would have to be people she would want to film with, saying, “it is very important to me, who I spend my time with, so if they are going to be toxic… I’m not going to be part of that.”

Gunvalson stressed that she has “moved on” from having toxicity in her life.

“Extra” also spoke with Garcelle Beauvais, who is in the middle of investigating who is behind the online racist attacks against her son Jax.

She commented, “The investigation is going… It’s really important to me that I find out who’s behind this because I think what’s happened this season is social media has been weaponized and it’s not okay. It’s not okay to go after one another or one another’s kids. I feel like it takes it away from the show. Let the show play out, let people see it. I think all the social media is horrible.”

As for Kathy Hilton and Kyle Richards’ family feud, Garcelle admitted it was “hard to watch.” She added, “Listen, I have sisters, and there’s always drama within family. I think this has taken it to another level when someone else that you trust gets in the middle and I hope they can fix it.”

She added, “I just wish that Kyle had stood up for her sister more. You can fight behind the scenes, but in public, we got each other’s back. That’s how I grew up.”