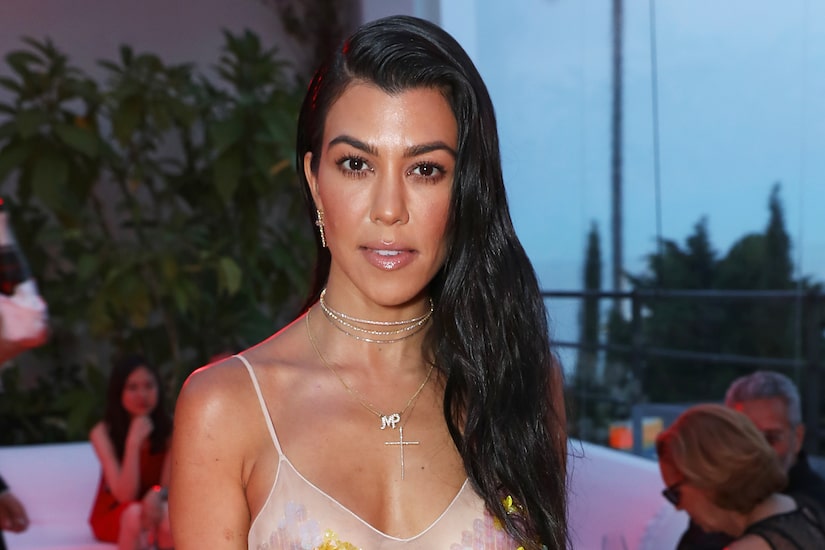 On this week’s episode of “The Kardashians,” Kourtney Kardashian got candid about the effect of IVF treatments on her body, and shared how Travis Barker has helped her to embrace her new curves.

Kourtney is loving the way her body has changed, adding, “I also love being curvier. It's just channeling that queen energy and embracing the woman that I am."

As for what led to her “thicker” figure, she explained, “It was all of the hormones that the doctors put me on. Eight months of IVF treatment has definitely taken a toll on my body mentally and physically. I think it's taken me a lot to get me to the place of feeling really comfortable and happy with the changes."

She stressed, “Having a partner who is so supportive of me and always complimenting me, no matter what, it's just helped me to really embrace the changes and actually to the point where I love the changes now.”

While looking back at her old photos of herself when she was “super skinny,” Kourtney admitted she was unhappy. She reflected, “It's like a time when I was super anxious… Not about eating. Not about staying at a certain weight. But, like, just in toxic relationships. I used to always say this: When I'm super skinny, just know I'm not happy."

Another talked-about moment from the episode was Kim’s confession that she didn’t know what tortellini was.

While having dinner at Da Giacomo restaurant in Milan, Kim asked a waiter, “What is tortellini?”

After the waiter described tortellini being similar to a ravioli, she ended up ordering it and some penne.

In a confessional, Kim commented, “I'm what they call a flexitarian, which is vegan sometimes and just not other times.”

Kim ended the dinner by taking some of the food to-go and giving it to younger sis Kendall Jenner, who was getting ready to walk the Prada runway show the next day.

Kim admitted, “I've always taken on these momager roles when we're traveling, especially with Kendall. So, I'm gonna bring Kendall a to-go [box] just to make sure that she's eaten."

Unfortunately, Kendall didn’t love the ice cream that Kim gave her, saying, “I don't know, but I don't like it."